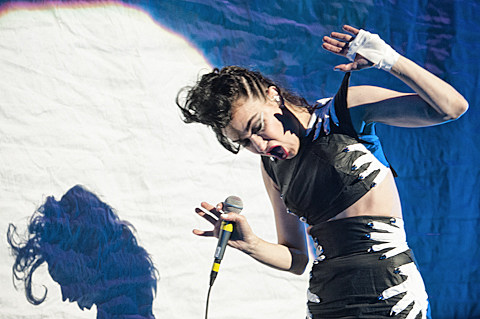 Kristeen Young is best-known as being Morrissey's tour opener for the last few years, including the upcoming one that will bring them to Brooklyn's Barclays Center on June 21 with Cliff Richard (still tickets available).  Around the time of the start of the tour - specifically May 4 --  Young will release her new album, The Knife Shift, which was produced by Tony Visconti and features appearances from Morrissey guitarist Boz Boorer and Dave Grohl. No music has been released from the album yet.

Leading up to the LP release and Morrissey tour, Kristeen Young will do a residency at Bowery Electric the last four Wednesdays in April (9, 16, 23, 30). No word on advance tickets yet, but you can check the venue's Ticketweb page. Flyer for the residency below... 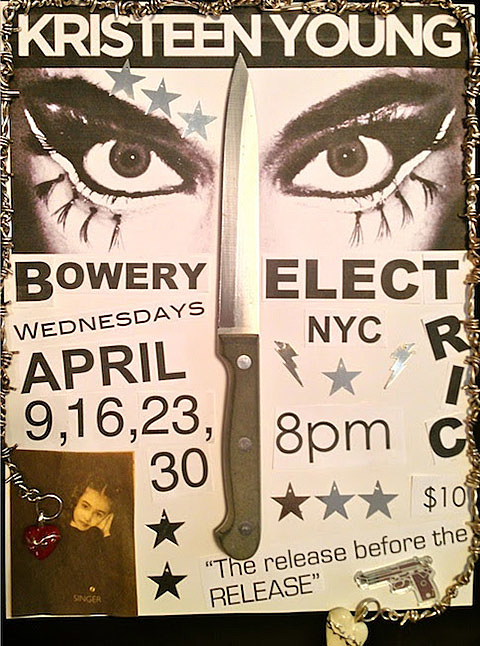