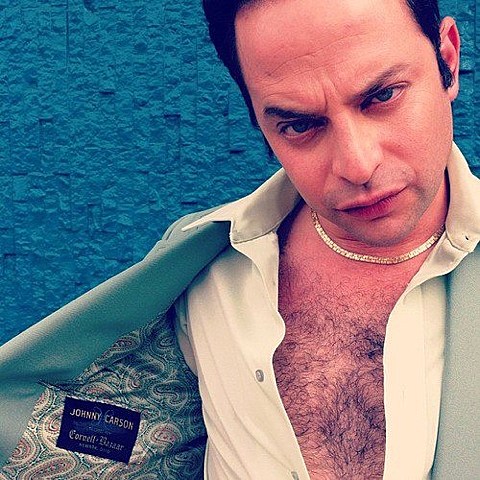 Comedian Nick Kroll is about to head out on tour, and we've all been sort of kicking ourselves over here at BV HQ for tardily announcing Nick Kroll's show at the Bell House on Friday November 30 because by the time we mentioned it it had been sold out for ages. However, GOOD NEWS FOLKS! Nick will be performing at the Gramercy Theater one night before the Bell House show on Thursday November 29! Miraculously, tickets are on sale now so get them while you can! More Kroll dates below.

Nick's upcoming gigs are in support of his new Comedy Central show Kroll Show which premiers on January 16, 2013. His upcoming live tour will feature an hour of stand-up (!) as well as some clips from the upcoming show.

Kroll Show highlights Nick Kroll's incredible ability to transform himself into hilarious characters, including many of his popular short-form favorites. Sketches include "The PubLIZity Girls," with Kroll and Jenny Slate as publicists on the verge of a breakdown while arranging a swanky event for a client; an inappropriate basketball ref tries to hang out with the players after the game; Kroll and Jon Daly are a couple of "Rich Dicks" on the prowl and ready to party at a moment's notice; also, Kroll's popular character Fabrice Fabrice gives the word as the craft-service-provider-on-the-street.

I've been a huge fan of Kroll for years and years. He was one of the most hilarious and truly unique players on the NYC comedy scene and brought some freaking insanely hilarious characters into our lives including Fabrice Fabrice, Bobby Bottle Service, and The Ed Hardy Boyz (with the great Jon Daly) (I love him ever so much too). And who could forget the Oh, Hello Show stuff he did with John Mulaney? I'm chuffed that his goofballery will be reaching a wider audience via Comedy Central. Congrats Nick!

Tour dates are below.