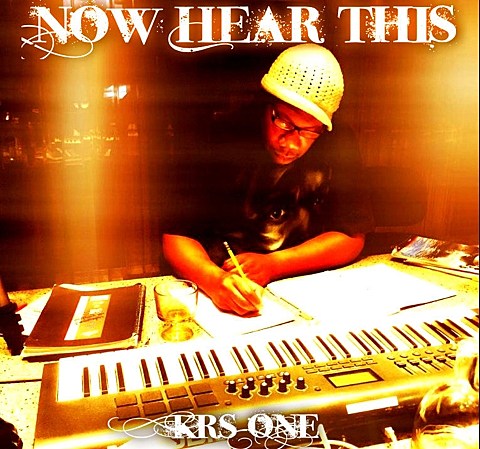 South Bronx legend KRS-One will release his thirteenth solo album and followup to 2012's The BDP Album on November 24. It's called Now Hear This and features the singles "Drugs Won" (as in, "they declared a war on drugs but drugs won") and "Sound Man." On a purely technical level, KRS-One's raps are still wildly impressive and he sounds as angry and vicious as ever. Not too shabby for a guy just about 30 years into his career.

KRS is also supporting the album with some live shows, including an album release party on November 23 at SOB's in Manhattan (tickets). That's four days before the 'Masters of Ceremony' show he's playing in Newark with Rakim, The LOX, Black Moon and more; and he's also got another veteran-filled Jersey show happening at Atlantic City's Boardwalk Hall on January 17 with Dru Hill, Kool Moe D, Big Daddy Kane, Whodini and more (tickets).