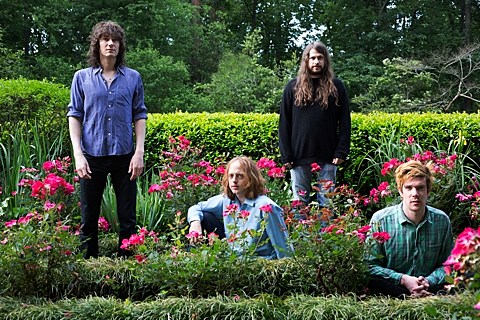 Kuroma, the MGMT-related band who opened MGMT's Barclays Center show, are releasing a new album called Kuromarama later in 2015 on Votiv Music. Ahead of that, they've got a beach-y new single out called "20+Centuries," and we've got the premiere of the song's new video in this post. You can check that out below, and if you like what you hear, the single is available digitally via Amazon and iTunes.

Kuroma just played NYC last week opening for of Montreal singer Kevin Barnes at Baby's All Right on 12/11. Anyone catch that?