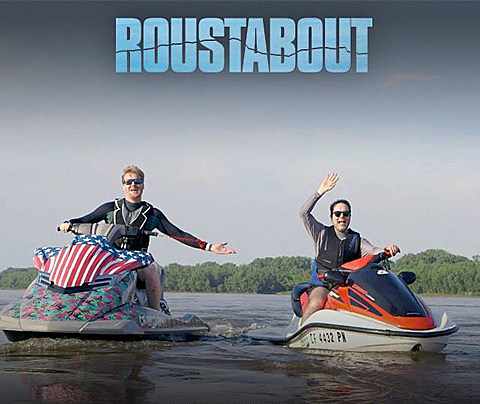 Comedian Kurt Braunohler has a plan: Jet ski the length of the mighty Mississippi, raise enough money to send 500 goats and 1,000 chickens to Africa, and spread as much absurdity and joy as possible along the way. Join him as he reconnects with old friends and makes new ones, performs stand-up and engages in good old-fashioned hijinks at each one of his stops along the great American river.

You can watch the trailer and first episode of Roustabout below and you can donate to the cause as well.

Kurt, who still does "Hot Tub" with Kristen Schaal but it's now on the West Coast, will be going on a Roustabout tour that hits NYC on February 25 at The Bell House. Tickets are on sale now. All dates are listed below...