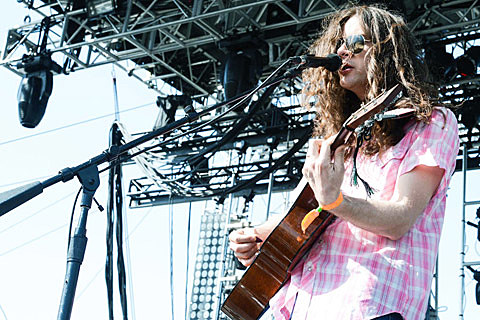 We already knew that The Men would be playing this year's 4 Knots Music Festival, but the Village Voice have just announced a few more acts: Kurt Vile, Parquet Courts, and Marnie Stern. With two stages and seven hours for each, there are lots more bands still be be announced. Village Voice's 4Knots Music Festival goes down June 29 at South Street Seaport from 1 - 8 PM. It's free and all-ages. Flyer is below.