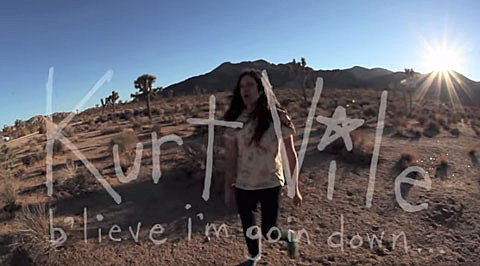 Kurt Vile's new album, new album b'lieve i'm goin down... is still a month away and for those who have resisted the temptation of leaks, you can hear some of the new album in a trailer just released by Matador Records. The video shows Kurt and the Violators working on the new album and generally goofing around. You can watch that, and the video first single "Pretty Pimpin" below.

Vile's tour with Waxahatchee hits NYC for two shows at Webster Hall. Tickets for the 10/6 show are still available (10/7 is sold out).