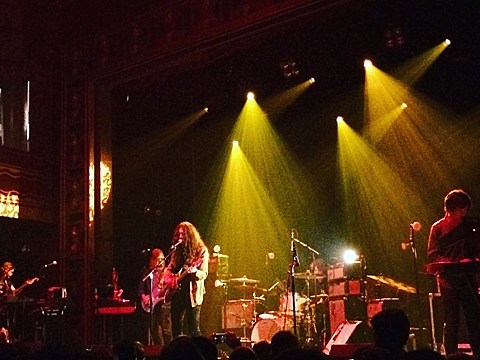 Kurt Vile's on the road in support of his new album b'lieve i'm goin down..., and he and the Violators began a sold-out two-night run at NYC's Webster Hall last night (10/6). They mostly stuck to the new album, playing seven of its twelve tracks, and cherry-picked just a few older ones. We got the bookends (and two longest tracks) of Wakin On A Pretty Daze ("Wakin On A Pretty Day" and "Goldtone"), "Jesus Fever" from Smoke Ring For My Halo, and one oldie, "He's Alright." Plus, as many Kurt Vile shows do, the pre-encore set ended with "Freak Train." (The encore was b'lieve closer "Wild Imagination," which was also a great way to end a show.)

Kurt and his band, which now has the bassist and guitarist playing keys at various points (the new album is his most piano-heavy), were great as ever. Even with the new sounds explored on the new album, it still has all the masterful fretwork we've come to expect from Kurt -- he continues to make a case for himself as one of our generation's most inventive rock guitarists -- and watching that come to life is always a treat. Kurt's someone I've seen a lot, but it's been a while since I've seen him indoors (maybe not since opening for Dinosaur Jr in 2010?) and KV's not half bad with a light show. There's nothing like seeing Kurt Vile with a natural breeze, but the little bulbs they had scattered around the stage set the mood for his lightly psychedelic sounds too.

Direct support on this tour is coming from Waxahatchee, which was an awesome pairing. Both bands have roots in folk and punk, but they bring entirely different approaches to the table. And it seemed just as full in there for Waxahatchee's set as for KV's. I've said this before, but Waxahatchee's current five-piece band (with two members of Swearin' and Pinkwash/Bleeding Rainbow drummer Ashley Arnwine) is by far their best live setup yet. Their super full sound is perfect for the big-sounding new record, and sparser old songs like "Brother Bryan" sound tighter and bolder than ever. We also got the Lucinda Williams cover that Waxahatchee has been incorporating into recent sets, which they do really well.

Opening the show was Luke Roberts, whose 2012 album on Thrill Jockey I thought was pretty underrated. I hadn't ever seen him play though, and I thought last night's set was great. He's joined just by a drummer and a a keyboardist, and they make sad, slow country rock not too far removed from On The Beach or I See A Darkness. His set ended with "Unspotted Clothes" off his 2010 album, for which Kurt Vile came out to sing harmonies.

Kurt, Waxahatchee, and Luke do it again at Webster tonight (10/7). Also tonight, Kurt's pals/former collaborators The War On Drugs begin a two-night run in NYC. They're at MHOW tonight (Jukely members only) and Radio City on Thursday (10/8) with Natalie Prass (buy tickets or win them).

KV's setlist from last night is below... 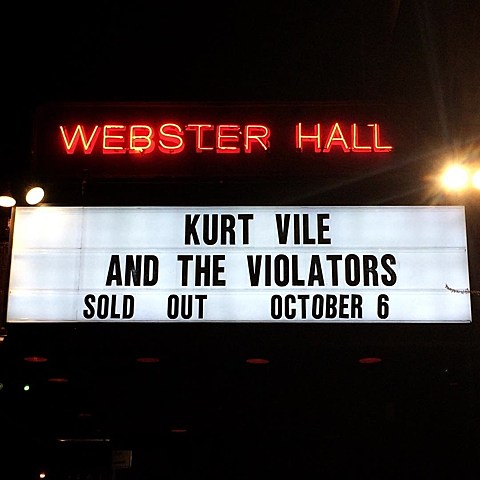 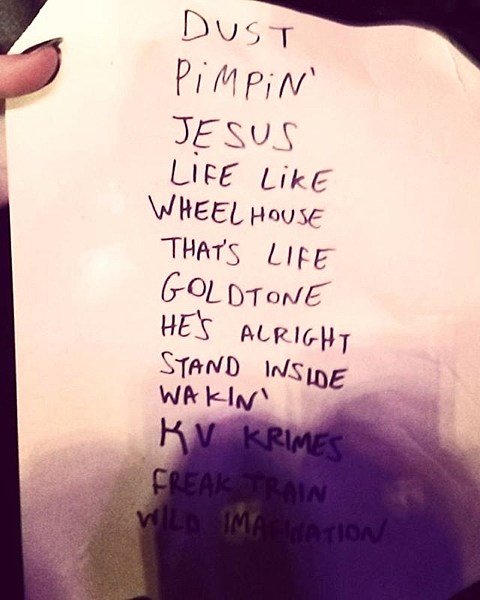