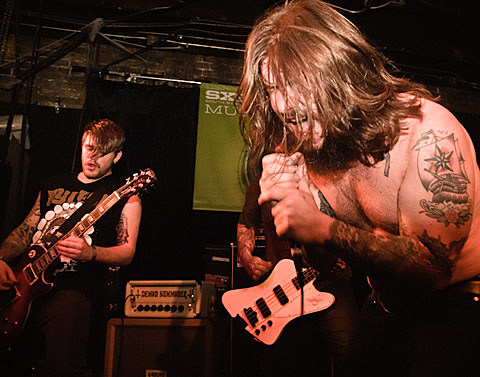 As you knew, Norwegian punk-metal crew Kvelertak are coming to the US in October and BrooklynVegan & Rocks Off are proud to announce an official CMJ show on a boat as part of a Concert Cruise on The Jewel on Saturday, October 22nd! The sailing show will feature Kvelertak, a headliner TBA and a third band! Tickets are on sale (limited CMJ badges get in too). Trust me, this show will only get CRAZIER as the days pass. Stay tuned for lineup updates and info on another official (less metal) BrooklynVegan CMJ show coming soon.

Kvelertak will also play a 2nd CMJ show one day earlier in Brooklyn at Europa on 10/21, presented by MetalSucks/MetalInjection/1000Knives with other artists TBA, and tickets are also on sale for that.