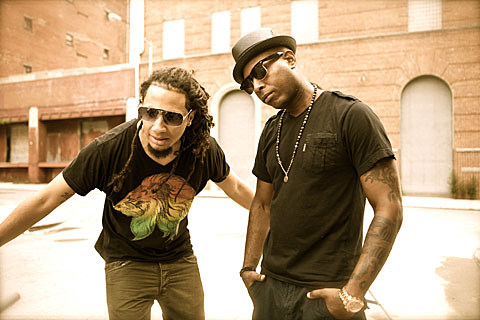 Make sure and get to Southpaw early tomorrow (2/9, tickets), because in addition to great performances from favorites like Action Bronson and Mr. MFN eXquire, you'll be able to catch a set from Kyle Rapps. The New Jersey MC made waves last year with his Re-Edutainment EP (clearly a tip of the cap to the Blast Master) but more recently dropped On Air:

The eight-track mixtape showcases a new sound for Kyle, with the NYC-based emcee choosing to flip samples from French electro duo Air throughout.

Kyle also threw KRS-One, Homeboy Sandman, and Talib Kweli into the mix, the latter of whom was featured on the EP's first single, "Universe Traveler.

Kyle Rapps recently starred in a new video for "Bully" from Re-Edutainment, which makes its debut in this post. Check it out below alongside a video for "Universe Traveler" (Air Redux) with Talib Kweli from that On Air mixtape. Download the entire On Air mixtape at Sendspace.

In related news, Kyle Rapps may be revving up the sampler again, as Air just released their latest LP Le Voyage Dans La Lune, a score to the 1902 film of the same name. Check out a clip from the film, with Air's music as the soundtrack, below.

All videos and some streams are below, and check out Kyle Rapps tomorrow at one of the last shows at Southpaw.