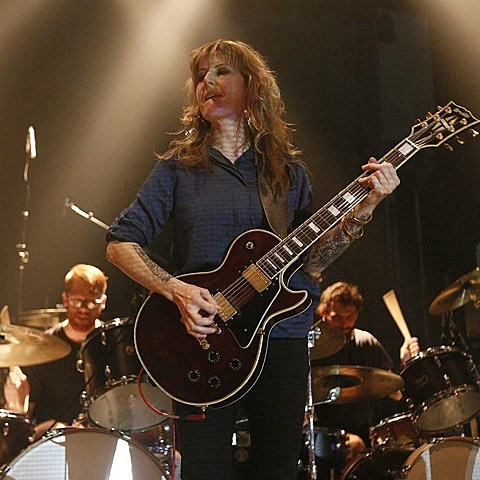 Kylesa already announced a tour with the excellent bands Inter Arma and Indian Handcrafts, and support from Irata (who are on Kylesa's Retro Futurist label), but it didn't initially include a NYC date. Now that Kylesa's short tour with Cult of Luna hit NYC's Gramercy Theatre last night (9/1) though, they added one for October 21 at Saint Vitus. Tickets for Vitus are on sale now. They also added Jersey City's Monty Hall (10/22) (tix).

Kylesa's new album Exhausting Fire comes out October 2 via Season of Mist. Listen to two tracks from that, with their updated list of tour dates, below...