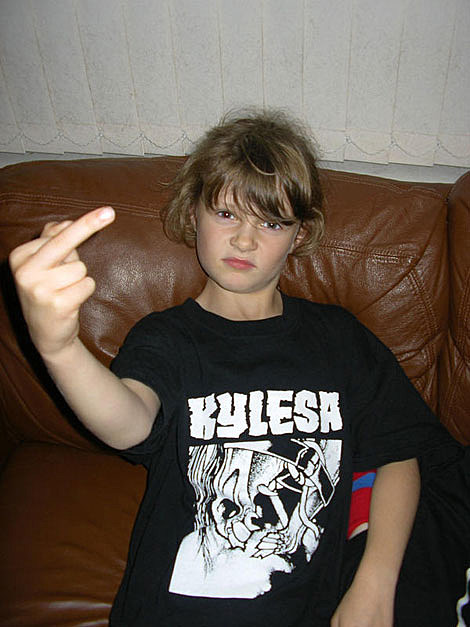 As we sit idly with Static Tensions awaiting the release of the new Kylesa LP, the band have dropped off a few new tour dates and are streaming the new track "Said & Done" at their myspace.

Skeletonwitch (who recently played Public Assembly as part of Show No Mercy) and Black Tusk will team up with Kylesa for a few dates sandwiched between Kylesa's appearance at the Scion Rock Fest and their upcoming tour with The Haunted, Nachtmystium, and Intronaut (that hits BB Kings on 4/19 and tickets are still on sale).

The new dates include a stop at SXSW in Austin, with Skeletonwitch & Black Tusk, but also with Rwake, Warship, and Dixie Witch as part of the Tone Deaf Touring Showcase on March 20th @ Red 7.

If for some god-forsaken reason you have forgotten about the Kylesa show TONIGHT (1/28) at The Charleston with Tombs, Tournament, Black Anvil, and The Brass, let this serve as a reminder. Lots of heavy riffing and bowel-shaking pleasure lies ahead.... but get there early... doors at 8PM. New (less secretive) flyer below.

Kylesa will also be at the equally earth-moving show tommorrow (1/29) at the Bowery Ballroom with crust legends Amebix, Thought Crime, & Atakke.... but unfortunately, that show is now sold-out.