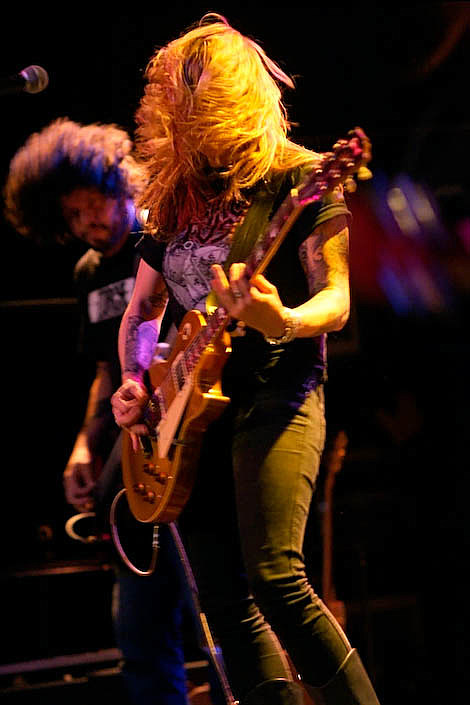 Do you enjoy the hard rockin sounds of southern metal but have an un-natural fear of crust punk legends? Want to see a certifiably badass band tear you a new one in a room the size of someone's basement? Well friends, you are in luck! It looks like Kylesa have scheduled a show at The Charleston (!!!) with Tombs (!!), Tournament, and Black Anvil(!) as part of Hardcore Night on Jan 28th, the day before they take the stage opening for Amebix (tickets for that show here). Charleston flyer and Kylesa's full tour schedule below. That includes the previously mentioned dates with The Haunted. 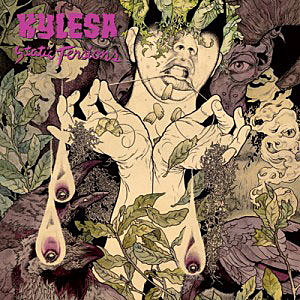 In other Kylesa news, the band recently announced their new album Static Tensions, due in March on Prosthetic with 20 Buck Spin doing the honors on the vinyl tip. Look for the vinyl to be released in two versions: a regular edition with a single LP with an eight-page LP-size booklet and a "deluxe", a limited-to-500 gatefold 2xLP on colored vinyl mastered at 45 RPM! Fellow Savannah madman John Dyer Baizley of Baroness will do the
artwork honors. That's it to the right.

Kylesa also announced they are on board for the holy shit fest, I mean, the Scion Rock Fest at The Masquerade in Atlanta, GA on Feb 28th with Mastodon, Neurosis, High on Fire, Boris, 1349, Cryptopsy, Torche, Nachtmystium, Wolves in the Throne Room, Baroness, Harvey Milk, Zoroaster, Withered, Krallice, Toxic Holocaust, Skeletonwitch, Rwake, A Storm of Light, Warbringer, Salome, Suidakra, Tyr, and Alestorm. That shit is FREE. More info forthcoming.

Kylesa, as well as Rwake, Zoroaster, and many other luminaries, will be featured in Slow Southern Steel, a documentary profiling the southern metal scene. Details about screenings up north are sketch, but we'll let you know if anything arises. Slow Southern Steel is directed by CT, aka the razorblade throat behind Rwake.

Tip o' the hat to Invisible Oranges, who recently spotted a flickr page belonging to Laura Pleasants of Kylesa.

Skeletonwitch will be here on Sunday 1/11 with Cannabis Corpse and Attake. Attake is also playing the Amebix/Kylesa show.

A Storm of Light will headline Europa on 2/15 with Amenra and Scion-ers Zoroaster. Tickets are still on sale.

Charleston flyer and tour dates below...