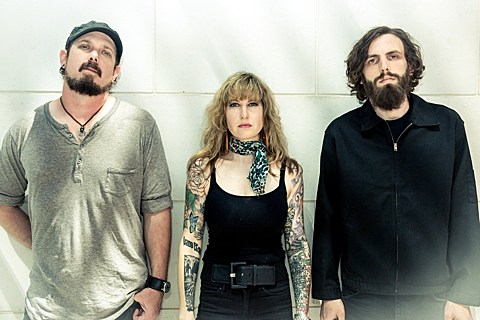 Last month, psychedelic metal band Kylesa revealed Lost and Confused" off their upcoming seventh album, Exhausting Fire (due 10/2 via Season of Mist), and today they're back with a second single: "Shaping The Southern Sky." It opens like a track off 2013's Ultraviolet, with Laura Pleasants taking lead vocals and offering up some heavy dream pop, but it eventually drifts into trippy desert-psych and ends with a wailing guitar solo. Listen below (via Noisey).

As you may know, the band's tour with Cult of Luna hits NYC on September 1 at Gramercy Theatre (tickets). They also have a run with Inter Arma and Indian Handcrafts, which does include Northeast shows (Boston, Philly, DC) but nothing in NYC. Updated dates are listed below.