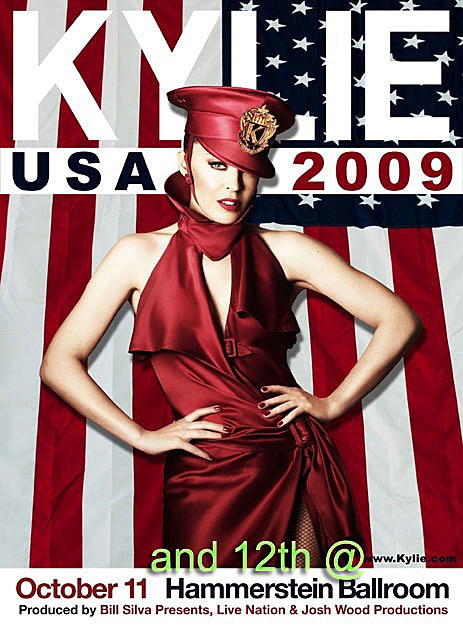 North American fans of international pop superstar Kylie Minogue will finally get a chance to experience the icon live in concert when her 6-city tour kicks off in Oakland, CA on September 30th. One stop on this highly anticipated tour is New York City where Kylie will play at Manhattan Center's Hammerstein Ballroom on October 11th [and now October 12th was added too].

The Australian pop star, who is set to perform on NBC's "Today Show" this Friday (5/8), is supporting her 10th studio effort, "X," which surfaced stateside in April 2008. The 13-track set scaled the charts in several countries and earned the singer her fifth Grammy nomination for Best Electronic/Dance Album.

All North American tour dates below...