To help raise money for '80s NYC columnist Stephen Saba, who is sadly battling cancer, a newly-formed punk supergroup performed Johnny Thunders & the Heartbreakers' L.A.M.F. in full at four NYC shows this week. That supergroup included Blondie’s Clem Burke, The Replacements’ Tommy Stinson, Johnny Thunders & the Heartbreakers’ Walter Lure, and MC5’s Wayne Kramer, and each show had other special guests. We caught the second one, the late show at the Marlin Room at Webster Hall on Tuesday (11/15).

One of the guests that joined them at the Marlin Room was Blondie singer Deborah Harry (which was announced shortly before the show), and there were also appearances by Dead Boys' Cheetah Chrome, The Dictators' Handsome Dick Manitoba, Jesse Malin and Lynne Von. After they played the album , they did some other Johnny Thunders songs, and Wayne Kramer and Handsome Dick Manitoba teamed up for the MC5's "Kick Out the Jams." 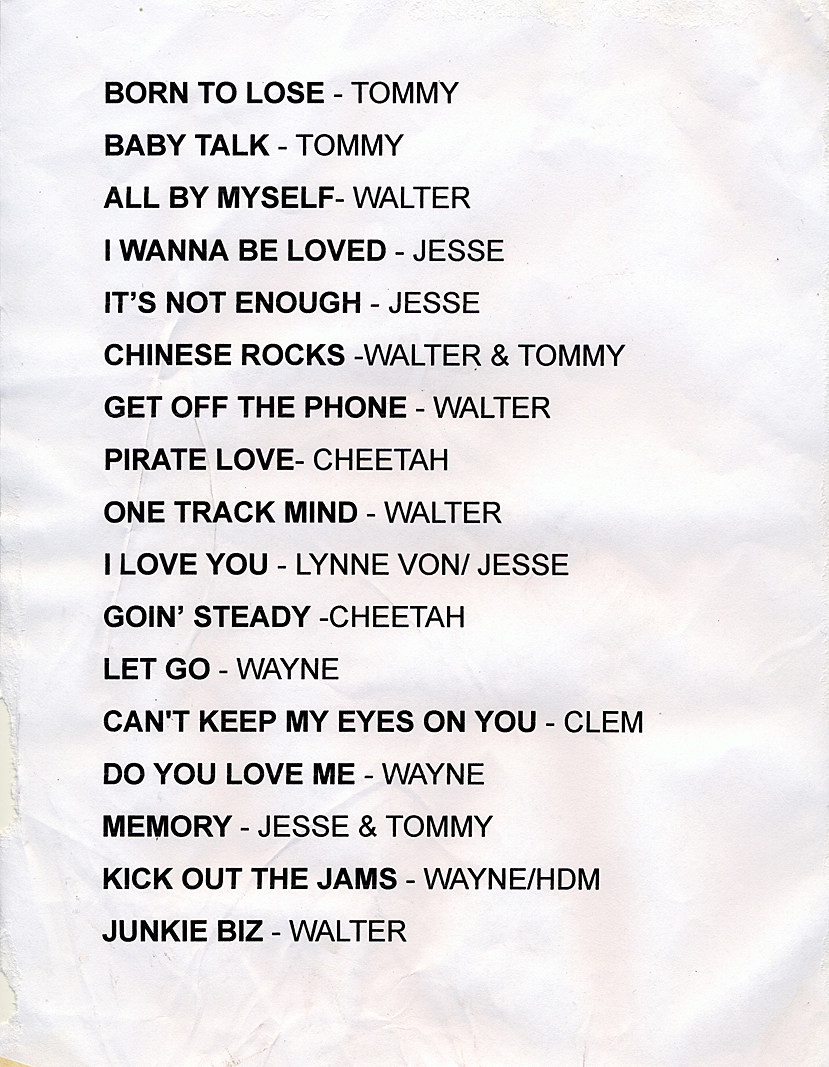