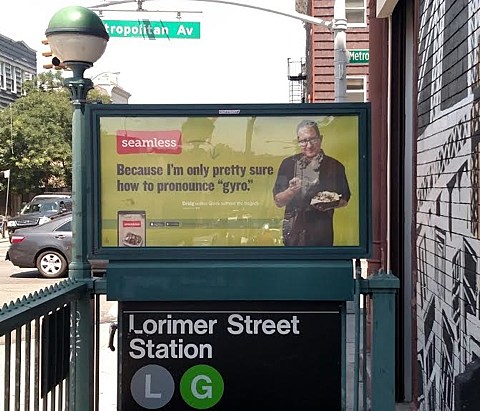 Well here's very bad news for anyone who lives on the L line and likes to travel between Brooklyn and Manhattan: Gothamist reports that proposed (and much-needed) repairs to the Carnarsie Tube (the tunnel between the 1st Ave and Bedford Stops), which was hit hard by Hurricane Sandy, may mean shutting down service between the two boroughs, a process that could last years. They write:

Like the R train's Montague Tube, the L train's Canarsie Tube was flooded with saltwater and severely damaged during Hurricane Sandy. The Montague Tube was shut down and repaired in 13 months--one month and $58 million under budget--while riders found other ways to get to work.

The project to repair the Canarsie Tube is projected to take three years, and the MTA is considering shutting down service between Manhattan and Brooklyn entirely to get it done, according to MTA sources familiar with the initiative. In this scenario, Manhattan-bound L service would terminate at Bedford Avenue, the line's busiest station.

There's still some hope for those whose commutes will be affected by this though: "The MTA is planning on increasing M train service, adding two cars to G trains, and running a system of shuttle buses; the sources say that the tunnel work is slated to begin in late 2017."

There's still debate over what the best way to handle these repairs would be, but it seems inevitable that it won't be convenient for subway riders.