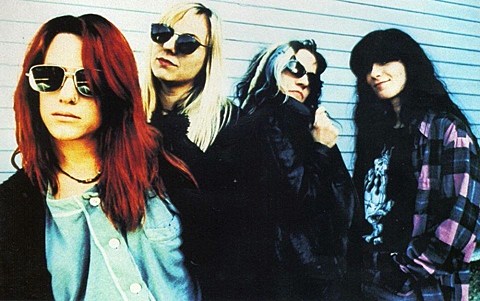 '90s grunge/metal band L7 already said they'd be reuniting this year, followed by the announcement of European dates, and now North American dates are finally coming to fruition. A full tour here hasn't been announced yet, but we know they'll play NYC on September 8 at Irving Plaza. Tickets for that show go on sale Friday (5/8) at 10 AM, but first there's a BrooklynVegan presale starting Wednesday (5/6) at 10 AM. Check back here Wednesday morning for the presale password.