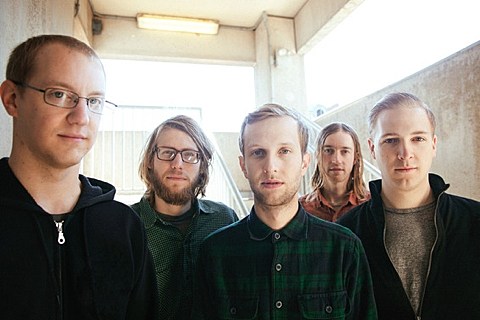 Michigan progressive post-hardcore band La Dispute picked the wrong year to stay on the quiet side, but fortunately that won't be true next year. They've announced that they'll follow 2011's Wildlife with their third long player, Rooms of the House on March 18 via their own new Better Living label in partnership with Staple Records. They recorded the album with Will Yip (Title Fight, Balance & Composure), and it will be released with a 48-page book, Yesterday's Home, which was written about the process of making the album and includes all of the lyrics as well. Some of the proceeds from the new record will benefit "causes advancing and encouraging youth involvement in the arts and music, such as all-ages spaces, creative workshops, programming, and education." No music has been revealed from it yet, but stay tuned. Album artwork below.

La Dispute have also announced that they'll be heading out on the road in the spring with the likeminded Pianos Become the Teeth, plus alt-rockers Mansions. That tour hits NYC on April 10 at Music Hall of Williamsburg. Tickets for that show are on sale now. All dates are listed below.

Pianos Become the Teeth haven't announced any solid details on their own new album, but from the looks of their Facebook page we might be able to expect new stuff from them soon too. And if it sounds anything like their song on their split with Touche Amore (who are also touring), that'll be something to look forward to.

And meanwhile, you can catch Mansions in NYC this week when their tour with Their/They're/There and Birthmark hits Knitting Factory on Thursday (12/19). Tickets for that show are still available. Their newest LP, Doom Loop, came out recently and you can stream a track from that below.

All dates are listed, along with streams, below... 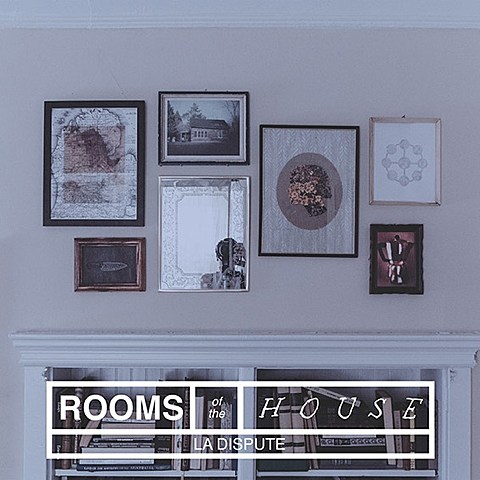 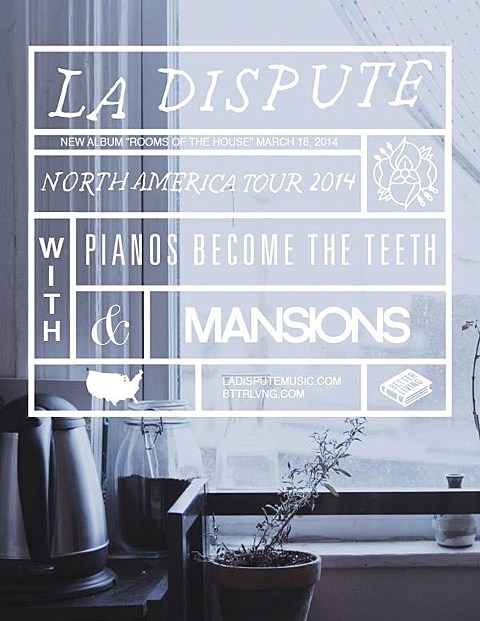