La Dispute at The Acheron in 2010 (more by Andrew St. Clair) 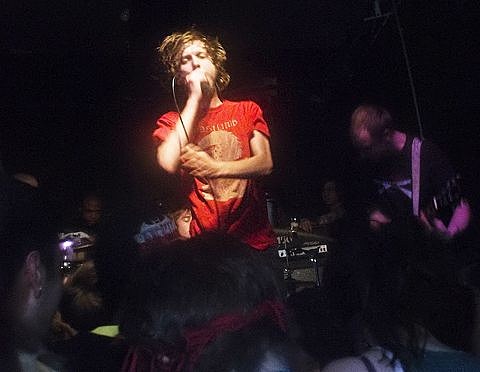 Genre bending post-hardcore outfit La Dispute will release their sophomore LP Wildlife on October 4 via No Sleep Records. Though the album title isn't nearly as epic as their 2008 debut Somewhere At the Bottom of the River Between Vega and Altair, from the driving drum patterns of album opener, "A Departure," it's clear that Wildlife is no simpler affair. While their debut was very much an album about relationships, on Wildlife we hear frontman Jordan Dreyer frantically contemplating heavier topics such as life and death. The album's longest track, "King Park," ends with Jordan pleading, "Can I still get into heaven if I kill myself?" Musically, the album's got less riffing going on than their debut, but the band finds appeal in other forms. "Safer in the Forest/Love Song for Poor Michigan" opens with an arpeggio that recalls The Bends-era Radiohead, "A Broken Jar" is an acoustic track not unlike the material on the band's Here, Hear EPs, and "St. Paul Missionary Baptist Church Blues" takes on a quasi-funk punk vibe. The album is currently streaming on La Dispute's website and can be pre-ordered from the No Sleep Webstore. The album art, tracklist, and a stream of album single "Harder Harmonies," is all below.

Though La Dispute can get pretty progressive on their albums, they don't tone down the aggression at live shows. I caught them at The Studio in May with Defeater and they delivered the whole show in classic hardcore fashion with nonstop moshing and crowd shoutalongs. They're about to kick off a tour opening for Thrice in support of the new album, which unfortunately won't bring them to venues as small as The Studio. It will hit the NYC-area on two separate occasions though. First on October 14 at Starland Ballroom in Sayreville, NJ and then on October 16 at Irving Plaza. Tickets are available for the Starland show and the Irving Plaza show.

Speaking of Defeater, they're about to head out on a tour with Bane that kicks off in NYC on October 12 at Santos Party House and hits Fun Fun Fun Fest in Austin. Dead End Path and Miles Away are also on the tour. 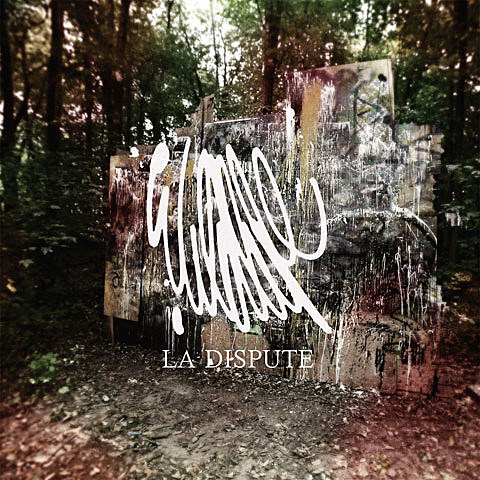