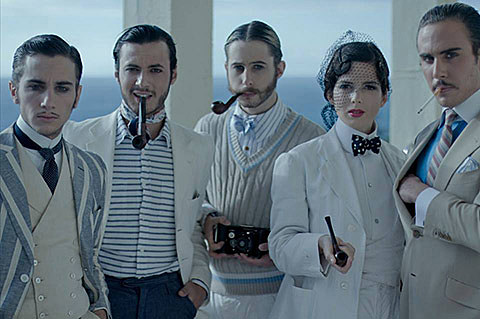 As mentioned, La Femme are over from Paris for a lengthy tour of North America that is currently in Austin for SXSW. They play the French Tech party tonight (3/11) at Trinity Hall (RSVP) and their last shows of the week is the Friday BrooklynVegan free day party at Red 7. La Femme also play NYC at Glasslands on March 23, which is presented by BV and also features Future Punx and Regal Degal, making for a solid Sunday night's entertainment. (I'll be DJing between sets, too.) Tickets are still available. They'll also open for Trail of Dead on their two NYC shows (MHOW 3/28, Bowery Ballroom 3/29) at the end of March. All dates are listed below.

The band's 2013 album, Psycho Tropical Berlin, was just got a stateside release with a few bonus tracks. The band just released a video for album cut "Amour Dans Le Motu" and it's an eight-minute epic into the heart of darkness, and then the heart of a disco. Jungle warfare, topless dancers and general French sexiness abounds. Needless to say it's not exactly safe for work. Watch it below.

The band also took time out of their busy schedule to answer our 5 QUESTIONS:

1) What is your favorite venue to play in the country (or world) and why?

Probably one that we have not played yet! But of the ones that we have played, we would say The Showcave, in Eagle Rock, L.A.

At The Strange, in L.A. 2010.
There was about 8 people in the whole place and we played a 2 hour set to make up for it, but the sound was crap too so it was just all round bad.

3) What are some albums that you've been spinning in the van (or elsewhere) lately?

We bought a ukulele so that we can improvise our own. Bluegrass and Americana are ruling at the moment.

Sometimes everyday and sometimes once a week. 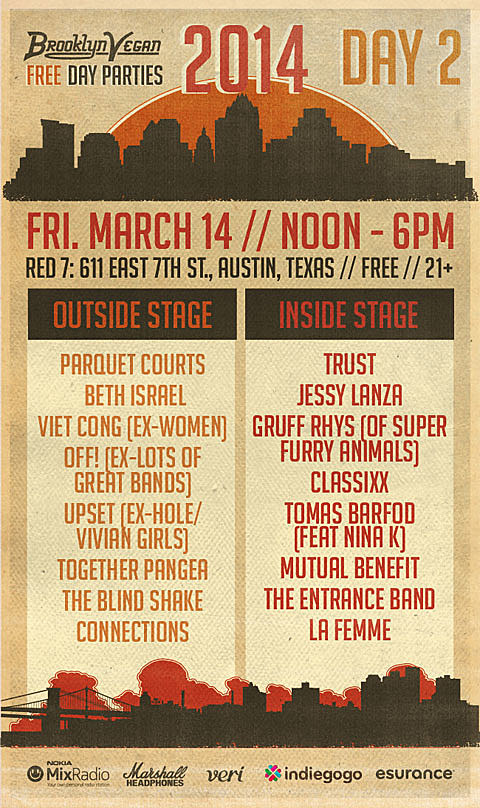