La Femme in Chicago in April (more by Jeff Ryan) 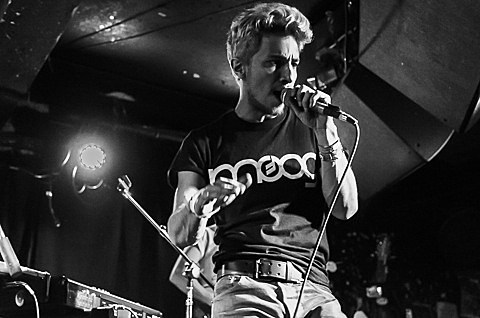 La Femme start their fall North American tour this week, and will be in NYC on Thursday (10/16) at Le Poisson Rouge with Ejecta, Charly Bliss, and Tiny Leg. Tickets are still available and all dates are listed below. Their tour includes a stop at Burger Records' "Beach Goth" fest at Santa Ana, CA's Observatory with Foxygen, DIIV, The Drums and loads more. Burger will be giving La Femme's Psycho Tropical Berlin its first-ever cassette release on October 20.

Last month, La Femme played the 2014 Levitation Festival in Angers, France which is put on by the Austin Psych Fest folks. You can watch professional video of their whole set, which premieres in this post. Watch it below....