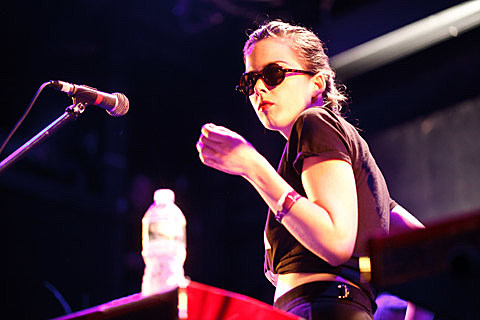 France's La Femme have an addictive sound pulling from psychedelic pop, surf rock, ye-ye and more, and as good as their recorded music is, their live shows are crazy on another level. So lucky for us, they've announced that they'll be returning to the US this fall where they have three shows announced so far -- NYC's Le Poisson Rouge on October 16, LA's Echoplex on October 23, and San Francisco's Beach Goth Party on 10/25 with The Growlers, The Drums, DIIV, GZA, Cherry Glazerr, Andrew Jackson Jihad, Chelsea Wolfe, The Spits, Atlas Sound and more. CMJ is right in the middle of that gap, so it doesn't seem impossible that they'll play some shows during that as well. Tickets for LPR go on sale today (8/15) at noon.