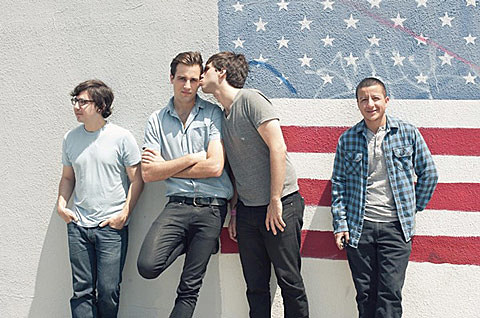 Los Angeles band LA Font make hooky guitar pop that's equal parts '70s powerpop and '90s indie rock. I caught them in Austin at SXSW this year and they're a pretty fun live band too. Their debut album, Diving Man, came out last fall and they just released a new 7" this week. Both are worth checking out and you can stream them below.

LA Font will be making their first trip to the East Coast next month, including two NYC shows: August 24 at Baby's All Right with Swimming, and Radical Dads (tickets), and then Cake Shop on August 25 with more TBA.

All dates are listed, along with album and 7" streams, below...