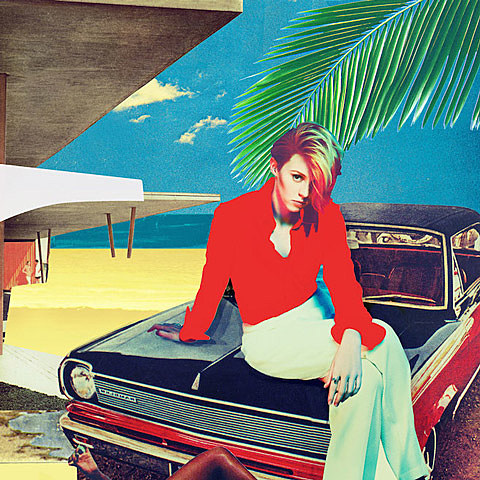 It's been five years since UK dancepop artist La Roux hit big with her self-titled debut album and single "Bulletproof." She's finally releasing her second album, Trouble In Paradise, via Interscope on July 8. That's the cover art above and you can stream first single "Let Me Down Gently" below.

La Roux is already on board for this year's Governors Ball, playing Friday June 6. For those who want to see her somewhere smaller and indoors, she'll play Music Hall of Williamsburg on June 11. Tickets for that show go on sale Friday (5/16) at noon with an AmEx presale starting Wednesday (5/14) at noon.

All tour dates, plus new album tracklist and song stream, below...