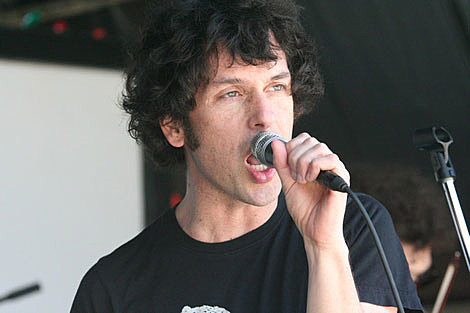 La Strada boldly started off a long day of music on March 18th at the Brooklyn Vegan / Anso day show at the Spider House in Austin. I say bold because most showgoers were still rolling out of bed (or lost in a cab like our photographer Tim), and the blinding noon sun was a harsh start to the day. Not so with the sound of La Strada. In the daylight, the band's sunnier parts came though strong. In truth, there are also some clouds in their orchestral pop - minor keys pitted against bouncy rhythms and filled out by violin, cello, accordion and additional percussion. Of the two songs posted above off their new album, New Home, "Wash On By" falls firmly in the latter category, with an undeniably upbeat pulse. "My New Home" works both angles to an anthemic, emotional climax.

La Strada's new record, produced by Kyle "Slick" Johnson (who's credits include Cymbals Eat Guitars' debut, and work with Modest Mouse and Fischerspooner), is out this week on Ernest Jennings Record Co. Two tracks are above, and you can stream it in full here.

Last night they kicked off an East Coast US & Canada tour. For NYC, there's a record release show coming up on April 30th at Knitting Factory with labelmates Cuff The Duke (who also have a new CD out), Yukon Blonde and Beat Circus. Tickets are on sale.

A video of La Strada playing an acoustic set at SXSW (after the power went out at one of their shows), more pictures from our Spider House show, album info and all tour dates are below... 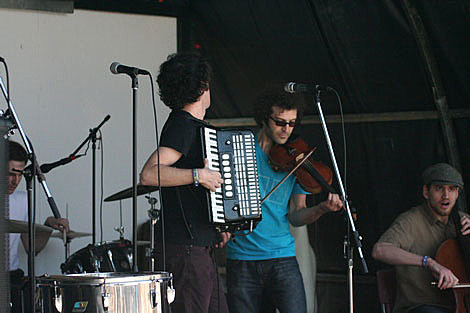 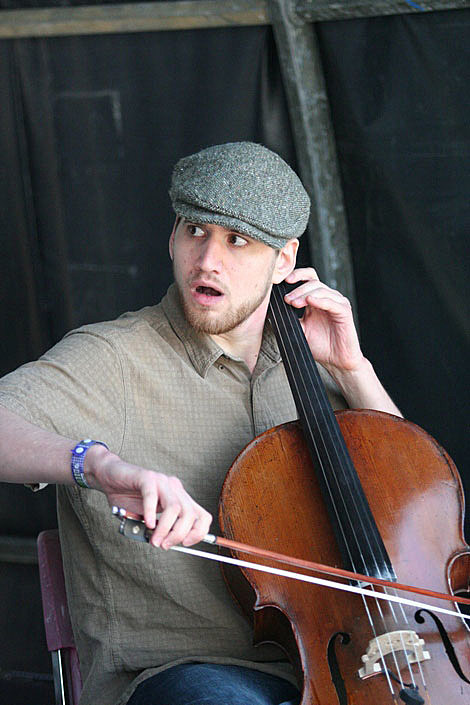 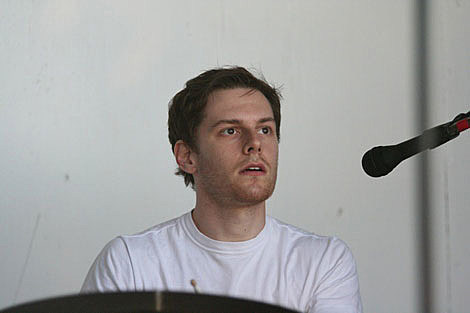 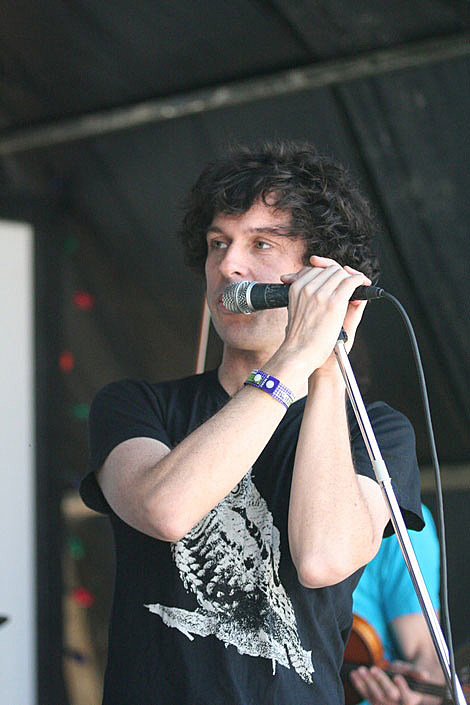 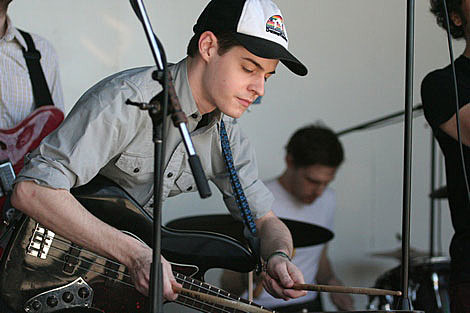 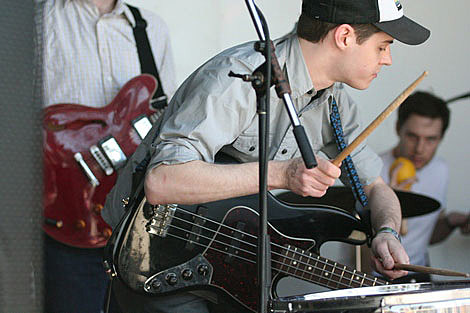 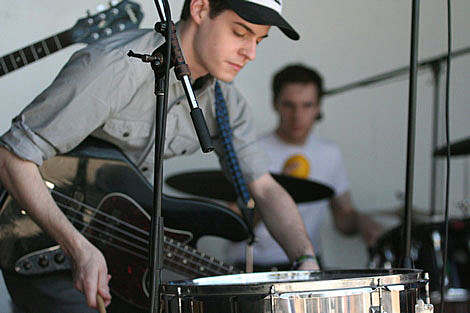 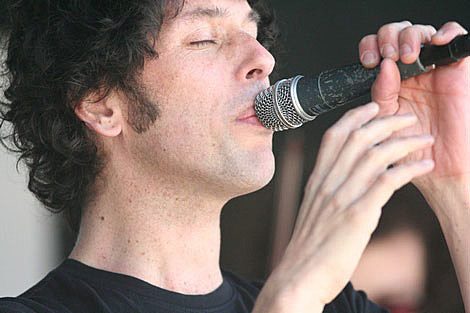 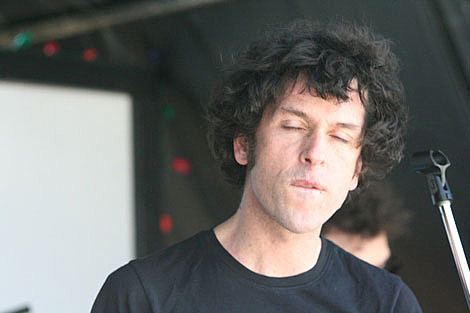 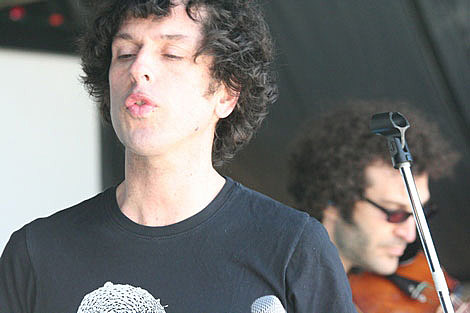 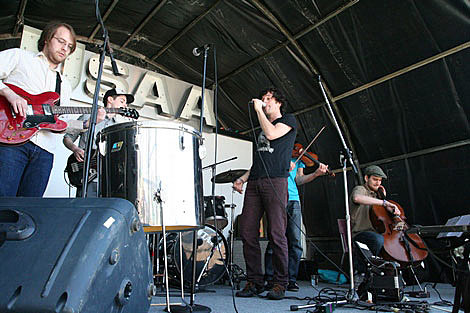 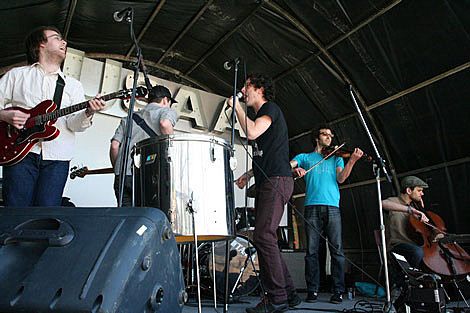 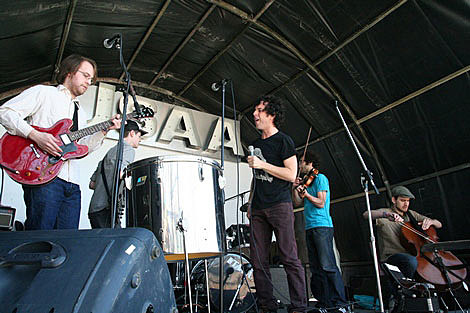 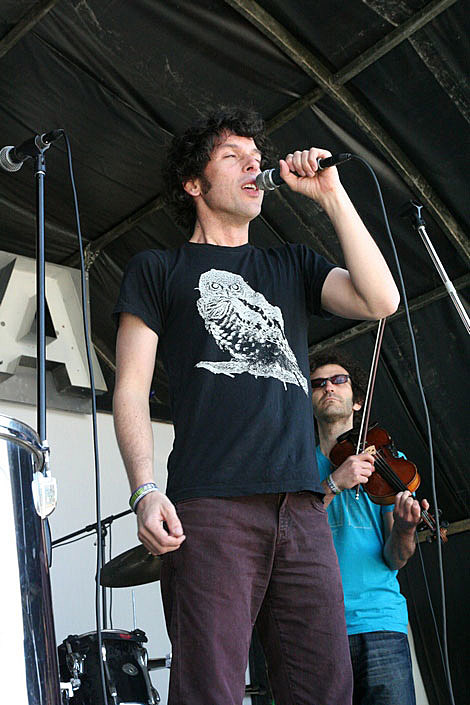 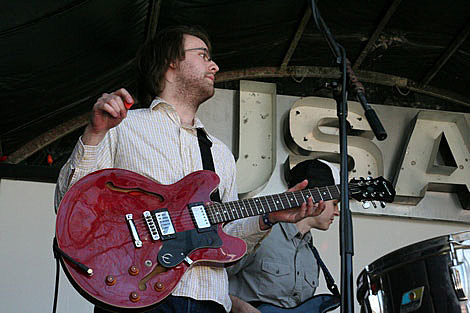 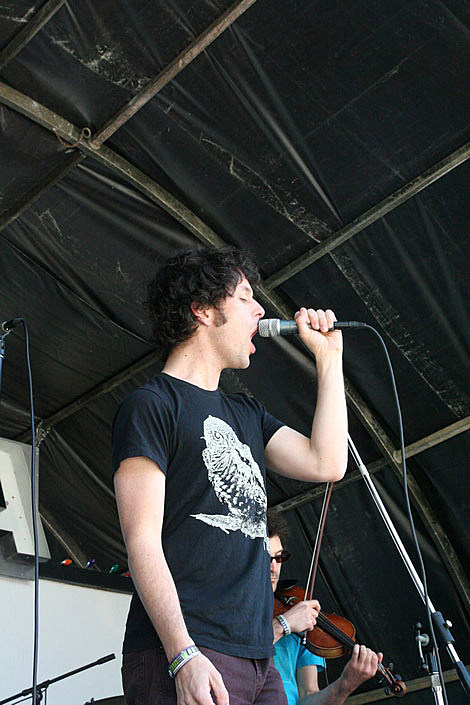 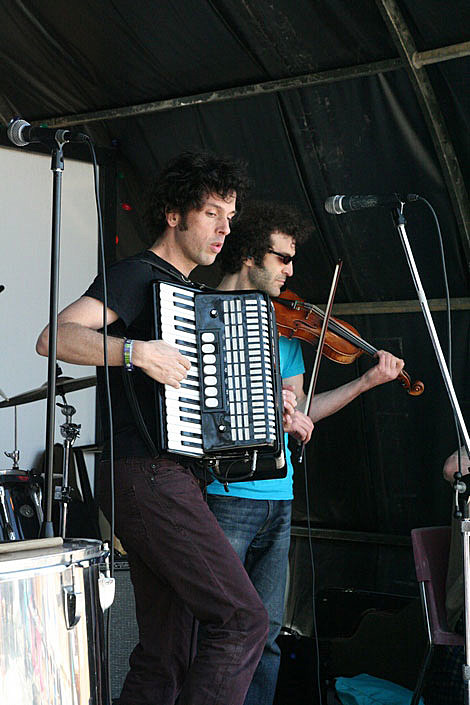 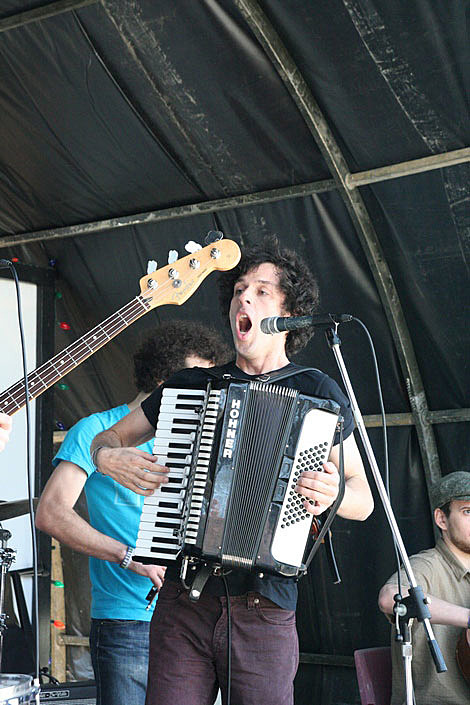 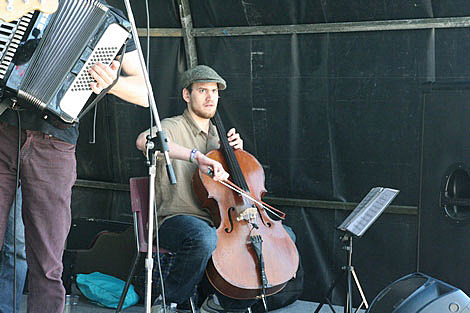 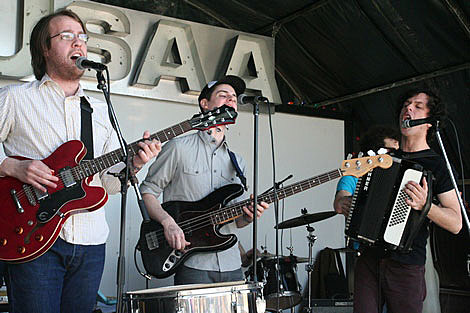 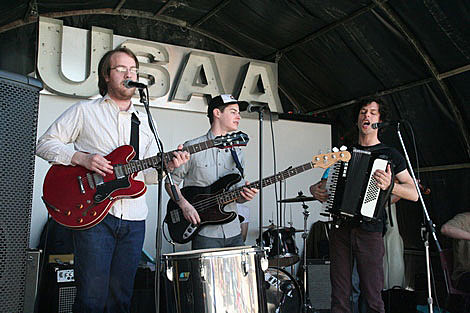 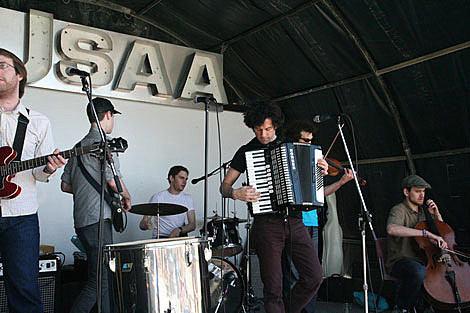 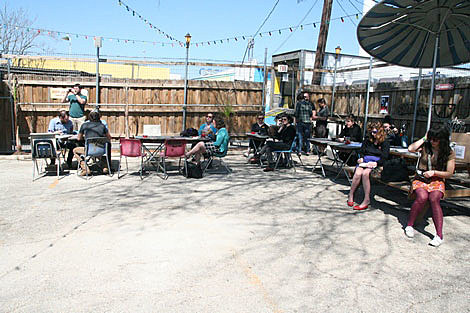 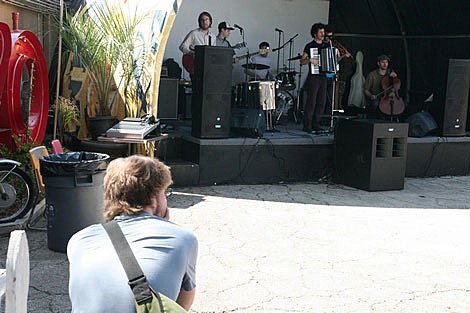 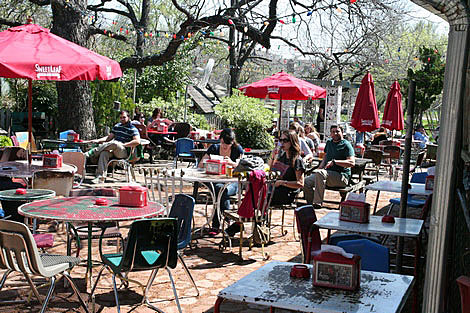 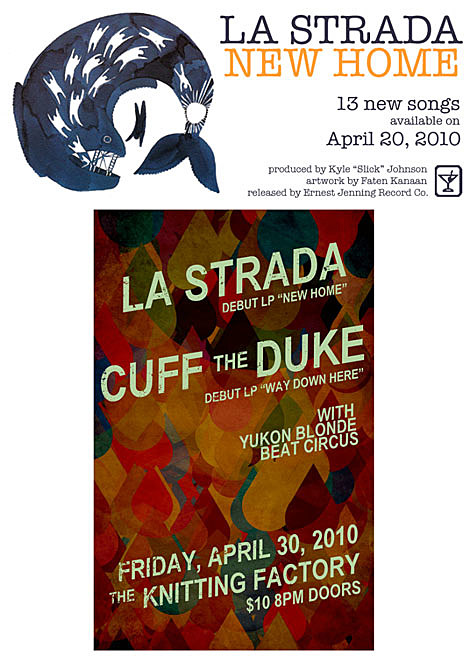