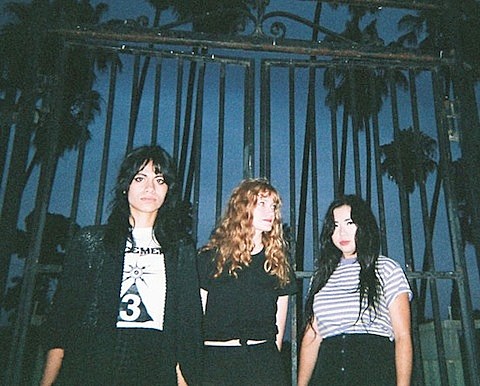 With a name that almost sounds like it was chosen on purpose to enrage certain people, trio L.A. Witch are indeed from Los Angeles, and sport a dark bluesy sound that recalls a pitch-black Widowspeak or, yes, BRMC or J-A-U-know-what. But the band's music is also heavy on smoky attitude which you 100% need with this kind of thing. Check out the band's self-titled EP from this year and a few earlier tracks below.

L.A. Witch will be in NYC next month for CMJ and have so far lined up three shows, all in Williamsburg: Trash Bar on October 21 with Prehab, Nox Boys, Vomitface, Ghxst, Dear Boy, and The Chloes; the Beyond Beyond is Beyond showcase at Union Pool on October 22 with Guy Blakeslee, Prince Rupert's Drops, The Paperhead, and Worthless plus visuals by Drippy Eye Projections (tickets); and the unofficial Burger Records CMJ showcase at Death by Audio on October 23 with White Reaper, Meatbodies, Girlpool, Las Rosas, and John Wesley Coleman.

The band are also playing Burger Records' Beach Goth 2014 fest at Santa Ana, CA's Observatory on October 25 with The Drums, DIIV, GZA, Cherry Glazerr and many many more. All dates are listed, along with streams and CMJ flyers, below... 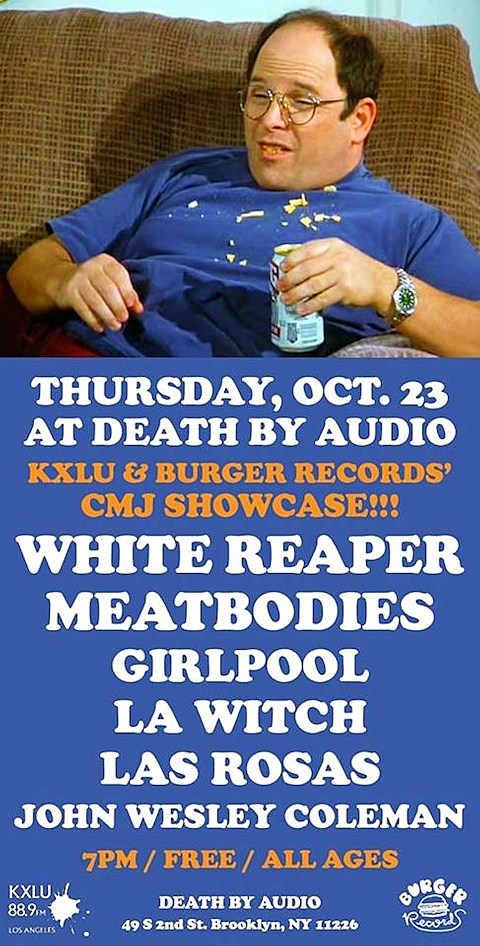 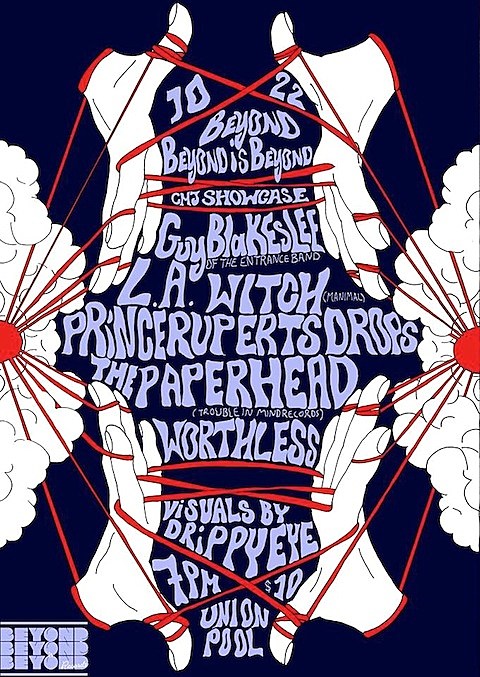