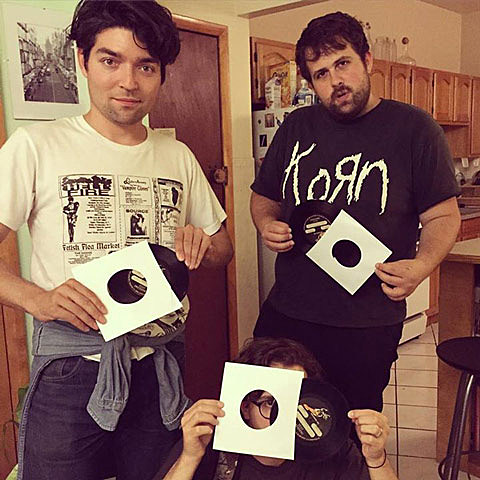 Laced, which is Beach Fossils singer Dustin Payseur, Nude Beach drummer Ryan Naideau (also of Warthog) and Couple Skate Records owner Ian Kim Judd, played their first show a little over a year ago. They're now set to release their debut 7" EP via Bayonet Records, the label Payseur runs with his wife Katie Garcia. The EP was recorded by Mac DeMarco at his house in The Rockaways and the first single is hazy zoomer "Clear." Payseur told The Fader:

The very first time we got into a space together, this song came out immediately. It set the initial sonic tone for Laced without us ever talking about what the band was supposed to be. It was refreshing to have the song come out so naturally.

Listen to "Clear" below.

Laced have a couple shows coming up. They play Alphaville on September 24 with Pill and B Boys. That show is $8 at the door. Next month, Laced play the Bayonet Records / Couple Skate CMJ Showcase at Baby's All Right on October 13 with Mega Bog, Sheer Agony, and headliner Frankie Cosmos. Tickets go on sale Friday (9/11) at noon.

In related CMJ news: Frankie Cosmos also plays "The Wild Honey Pie Presents The Beehive" at The Wick on October 16 with Phony Ppl, Dent May (Solo), Lazyeyes, Fraser A. Gorman, Corbu, Stone Cold Fox, The Britanys, Acid Dad, Sam Cohen, and Piers. That show is free with RSVP (or a CMJ badge) or $5 at the door. 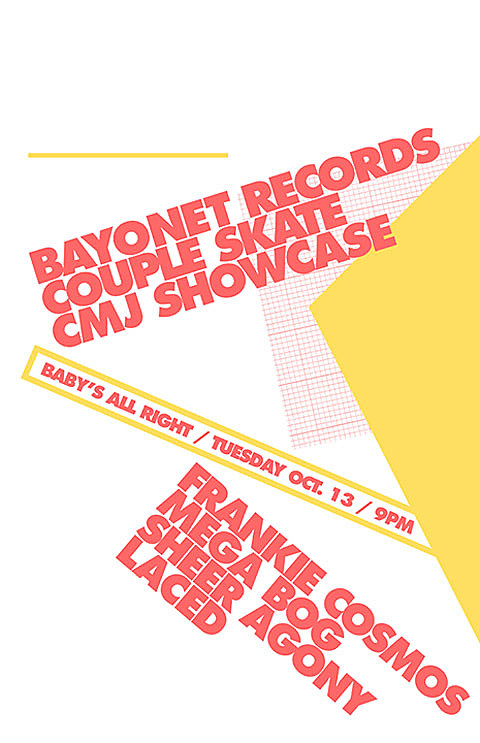