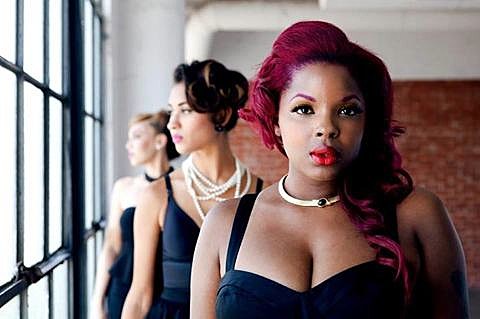 One of 2013's more underrated records, if you ask me, is the self-titled debut album from Lady which exudes old school soul/R&B vibes without being slavish to retro-sonics. The record has great songs, even better production and the voices of Nicole Wray and Terri Walker who clearly have great chemistry together. If you haven't checked it out yet, you can stream a few tracks below.

Chemistry or no, in July, Walker, who made three albums in the '00s (including one nominated for the Mercury Prize in 2003), parted ways with Wray who is keeping the Lady name going. Walker, meanwhile, is working on a solo album that may include a collaboration with Damon Albarn. This new version of Lady will be touring in November, including a show in NYC at Mercury Lounge on 11/9. Tickets for that show are currently on AmEx presale and go on sale to the general public Friday (9/27) at noon.

All dates are listed, along with song streams, below.