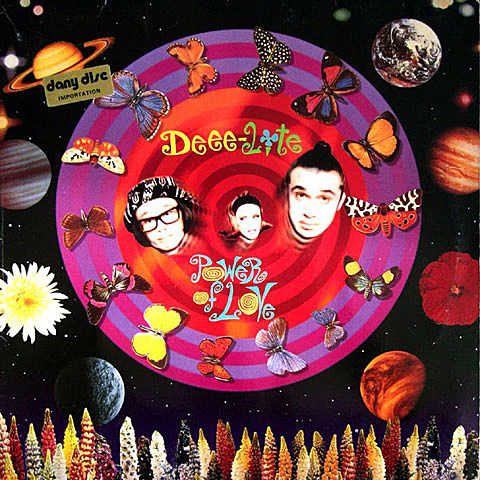 In my sort-of-review of the new "Limelight" documentary I wrote sort-of-jokingly that "it would have been nice to hear a nasty quote or two in the movie from one of the many ex-Gatien employes who hated Peter's wife!" Check out this rant from Deee-Lite's Lady Miss Kier:

I do not endorse this movie "LIMELIGHT" . I don't understand how they can justifiably use my name or footage of me dancing at a rave in Baltimore in their film, produced by the club owners daughter. Anyone who knew me in the early 90's knows I was loudly vocal about boycotting the Limelight since day one because at the debut of "disco 2000" , I was in the dj booth ,when the owner's wife stormed in and told Supa DJ Dmitry to stop playing "black music" adding " what do you think this is, Harlem? " . Me and the dj walked out immediatly after those frogs and creepy crawlers slithered out of her lipglossed mouth like a grim fairytale ugly princess character. For years , I had heard from so many black and latino youth that they were turned away at the door.

Of course there were a few people of color let in but most were turned away because " they weren't dressed right" only to return in their most put-together looks to be turned away once again. I would taunt my friends who worked there asking them why they would participate in such a bad environment that was pushing special k to underage suburban white kids - but the answer was always "they paid well" . I also resent the Limelight because they secretly owned "Project x" magazine which seemed to dictate what was happening in NYC clubs and always put "disco 2000" on top.

Thank god THAT ugly part of NYC mid 90's club culture came to a screaching halt after it was discovered michael alig was found guilty of a hammer bashing murder which including pouring drano down the mouth and hacking his victim into pieces before throwing his body in the hudson river. I was surprised "party monster' never used the obvious metaphor in their film of an Angel being sacrificed in the church of pranks and debauchery.

Along with their rotten door policy , themes such as "bloodbath" had a huge impact in ruining NYC club culture and was part of the reason i moved to London in 1995 and stayed nearly a decade. SO......to find out that the movie has bought and edited footage of me dancing at a rave in baltimore to use in the film is shamefull as well as dropping my name in the interviews . I never saw the movie but if you see my cheerful face throwing down to the early 90's sounds remember„„I was not a regular at LIMELIGHT and only remember going to disco 2000 three times. I wanted to set the record straight....I hated that club and most everything it stood for except for the innocent kids who went out to have fun and my many friends who worked there.

p.s. thanks Mike Mills for selling me out. I'll be contacting you to send me a copy of the release form you must have made me sign. If you don't have it- youll be hearing from my lawyer.