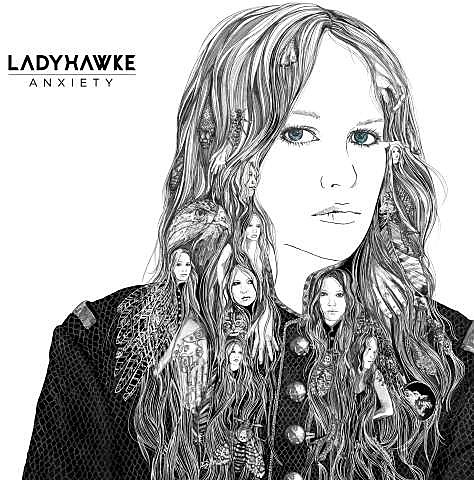 New Zealand dance rocker Ladyhawke (aka Pip Brown) released her second album, Anxiety, back in May on the newly-rejuvinated Casablanca Records, a label that seems to have cornered the market on indie dancepop (Crystal Castles, Saint Etienne, Totally Enormous Extinct Dinosaurs). If you liked her 2008 eponymous debut (and still like it), you'll dig the '80s inflected tunes on Anxiety as well. (That's the cover art above.) Videos for her singles "Blue Eyes," "Sunday Drive" and "Black White & Blue" below, along with a Spotify stream of the whole album.