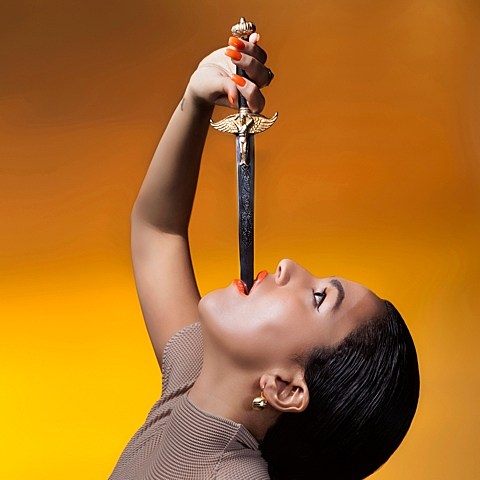 She was born in Paris, but at the age of two moved back to her mom's native Iran, where she lived with extended family in Tehran. "I remember a lot of smells, a lot of tastes. It was in the middle of the [Iran-Iraq] war, and they managed somehow to make me not feel it," she says. "I go back every year. People make it work for themselves. Young people are the ones with the energy to push the boundaries and fuck with the rules." She was then moved back to Paris after her mom fell in love with a French man, and went to music school to learn the flute. ("I never like the sound," she added. "I like bass.") Later she moved to Brooklyn, and then to Mexico, finally settling back in Brooklyn--if you call crashing with a friend in Williamsburg settling. [Vogue]

Teengirl Fantasy collaborator Lafawndah (who is currently based in Brooklyn but has been all around the world, as the Vogue piece quoted above points out) has signed to Warp Records. Her first release for the label will be the Tan EP, due out February 15, and she released a video for the title track, which she directed herself.

The song is glitched-out, minimalist pop, in the same family as FKA Twigs or James Blake, and it highlights Lafawndah's strong voice in several different contexts, with different layerings and effects showing up on her vocals throughout the course of the song. It also takes a hard left turn in the final minute that takes things into very quiet, creepy territory. Check it out below.

No shows booked at the moment, but she plays a lot so that will probably change soon.