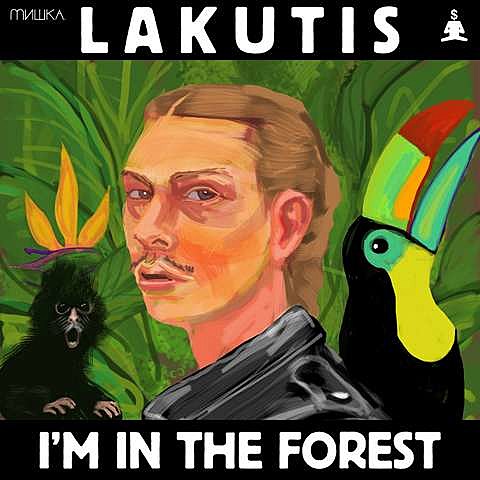 Das Racist cohort Lakutis, who appeared on Das Racist's 2010 LP, Sit Down, Man, and who released a free EP last year on the group's Greedhead label with production and guest spots from the members, will be opening the two NYC area shows on Das Racist member Kool A.D.'s upcoming tour with Fat Tony. We already mentioned that the tour includes Mercury Lounge on July 30, and more dates have since been revealed, including a NJ show at Stanhope House on August 5. Tickets are available for the Mercury Lounge show and the Stanhope show.

Like Das Racist, Lakutis doesn't rap without a sense of humor. If you can't tell from song titles like "I'm Better Than Everybody" or "Ja Rule," then lend your eyes to the music video below of "Pool Party," during which Lakutis spends the entire time smoking a blunt behind a giant roll of toilet paper while delivering tongue-in-cheek sexed up lines about "hanging with Mila Kunis in the pool" into a cell phone. Lakutis' EP, I'm In The Forest, can be streamed and downloaded for free at the Mishka bandcamp.

As mentioned, Kool A.D. was orginally scheduled to play the Shortcuts party at Santos tonight (7/19) with Angel Haze but has since dropped off. Angel Haze's Reservation EP is out now and can be streamed/downloaded for free HERE.

The "Pool Party" video and a list of all dates are below...