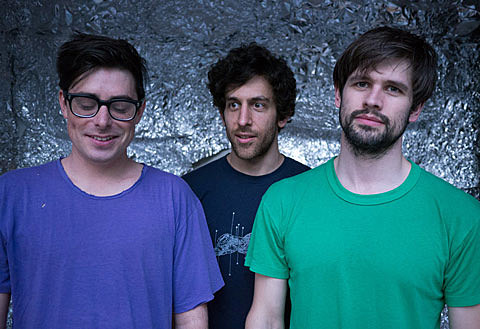 Lame Drivers have been a constant presence on the Brooklyn indie/DIY scene for while, and have released a number of 7"s, tapes and splits in that time, some of which was collected on the Cruisin' Classics CD. The trio are now set to release their debut album, Chosen Era, via Bleeding Gold/Jigsaw. Working with a few different engineers -- Bloc Party's Matt Tong, Travis Harrison (Bob Pollard/GBV), Geoff Sanoff (Edsel, Obits) -- the record recalls, in the best possible way, the mid-'80s college radio era. (dB's, REM, Flying Nun, etc.) It's nervy, passionate, and full of very catchy songs. We're premiering "Slow Detective" which was recorded with Matt Tong and you can listen, along with a couple other songs off the LP, below.

The band will celebrate Chosen Era's release at Brooklyn's Shea Stadium on October 8 with The Woolen Men (who also have a new album), EZTV and Gingerlys. No word on advance tickets yet, but the show poster is below.

No other East Coast dates for Woolen Men yet, either, but stay tuned. 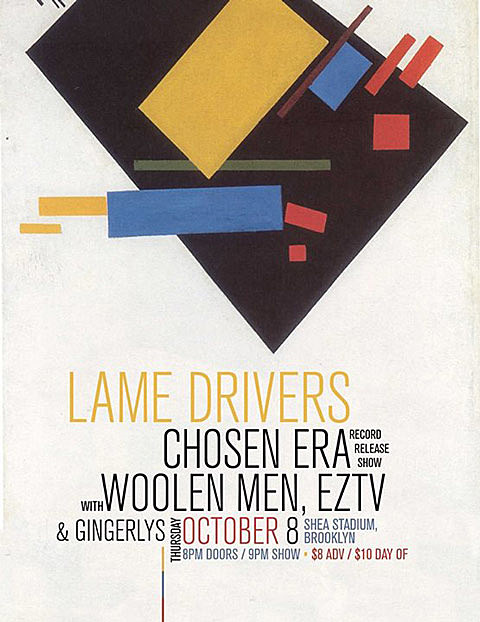