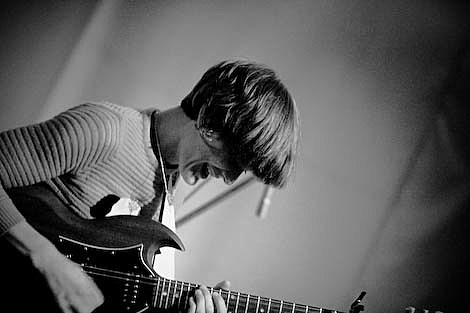 Land of Talk's Fun and Laughter EP, the follow-up release to their 2008 full-length, Some Are Lakes, is set to come out October 20th on Saddle Creek. It'll be a busy week for the label - they have a handful of other records coming out around the same time.

An MP3 from the new EP is re-posted above.

Following the release, the band (led by frontwoman Elizabeth Powell) will do a brief West Coast tour. After that,the band will go on a short East Coast tour with Surprise Me Mr. Davis which is a band consisting of Nathan Moore and members of The Slip. One of those Slip members is Andrew Barr who also plays/played with Land of Talk. We don't know all the dates, but at least one of them is November 21st show at Mercury Lounge in NYC. Tickets go on AmEx presale Wednesday, September 16th at noon. General sale starts September 28th at noon.

All currently known tour dates and the video for "The Man Who Breaks Things (Dark Shuffle)," which is on the new EP, are below...

Land Of Talk - The Man Who Breaks Things (Dark Shuffle)