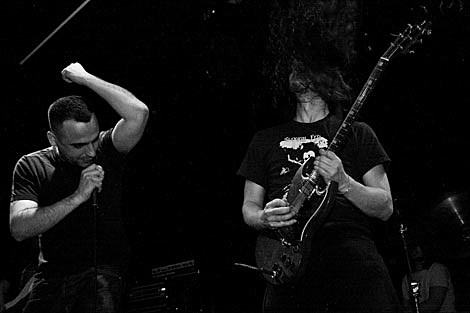 As previously noted, Landmine Marathon will team up with Villains, Wizardry, and Seizure Crypt TONIGHT (4/13) at Lit Lounge as part of their "East of Arizona" tour which will conclude in an appearance at the New England Hardcore and Metal Fest. The show marks their first appearance in NYC in three years and the band has doubled up on NYC to compensate, adding a second show at The Charleston on April 17th with Kavorka and Mutant Supremacy.

Bullet belts and/or six-inch-nail-adorned wristbands aren't required for Villains, but maybe they should be. Those who kneel at the altar of Bathory, Hellhammer, and Slayer will dig the Brooklyn crew's nod to the early stages of black metal and thrash. Villains recently dropped their second LP, Life Code of Decadence, on Nuclear War Now! Productions (pick it up here) which includes the title track and "Scumbag Preacher" which are both available for download above.

Before tonight's live metal debauchery, Lit Lounge will also host a listening party for the new album by Karl Sanders of Nile. Get there early (7- 9PM) to hang with Sanders and check out his new album Saurian Exorcisms due on 4/14 via The End.

Landmine Marathon released their LP Rusted Eyes Awake in 2008. Pick up the track "Bile Towers" here. Full tour dates, including a 4/16 in Bloomfield, NJ with Wetnurse, below.... 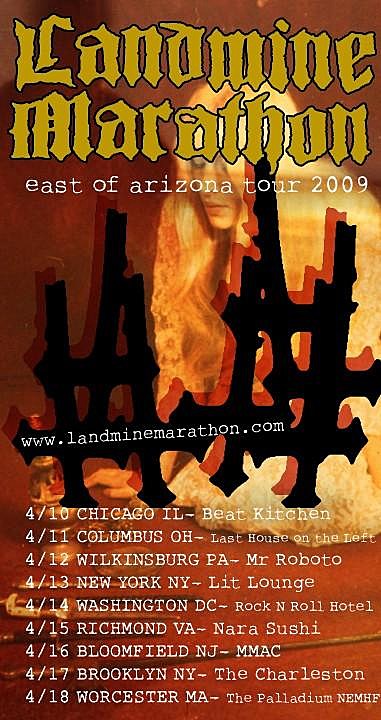