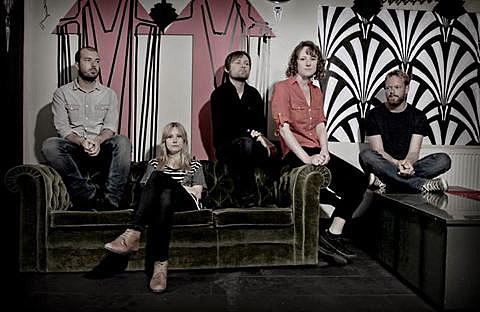 UK group Lanterns on the Lake make ethereal, widescreen rock that works dynamics hard, soaring one moment, swooping the next. Sigur Ros or Explosions in the Sky are good touchstones, but Lanterns on the Lake are doing their own thing (they're definitely more song-oriented, for one) and fans of orchestral, shoegazey music will want to check out the band's second album, Until The Colours Run, which came out last month in the UK via Bella Union. The record won't be out in North America till January 14 but you stream a track below and you can stream 2011's Gracious Tide, Take Me Home via Spotify.

The band will be playing North American shows just after the LP's release, and those dates include two in NYC: Mercury Lounge on February 6 and then the previously mentioned show at Rough Trade NYC on February 7. Tickets to both NYC shows go on sale Friday (11/8) at noon and there's a presale for Mercury Lounge starting today (11/6) at noon.

All tour dates are listed, along with track stream stream, below.