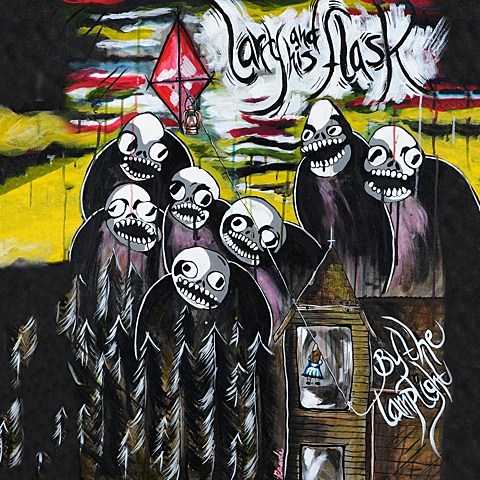 As mentioned, Oregon folk punks Larry and His Flask are releasing their new album, By the Lamp Light, this week via Cascadian Records/Silver Sprocket in the US and Frank Turner's Xtra Mile Records internationally. As I've said before, they do to bluegrass what Gogol Bordello do to gypsy music and what Flogging Molly do to Celtic music. It's an interesting blend that we don't hear much of and LAHF do it right. You can now stream the new album in its entirety below.

As discussed, Larry and His Flask are on an extensive tour this year in support of the new album. The North American portion of that tour kicks off this Friday (6/28) in Calgary and comes to NYC for a show on July 28 at Knitting Factory. Tickets for that show are still available.

Larry and His Flask - By the Lamp Light