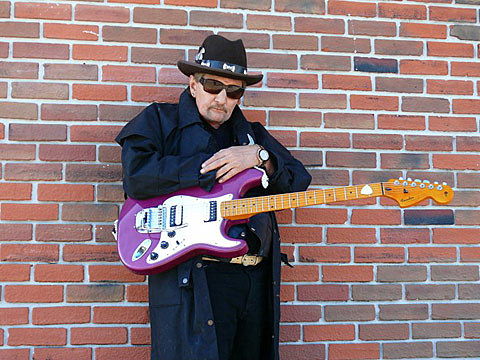 Bradenton native Larry "Rhino" Reinhardt, the guitarist and songwriter who joined Iron Butterfly in 1971, has died.

Reinhardt joined Iron Butterfly after stints in bands with Dicky Betts and Berry Oakley before they joined The Allman Brothers Band.

According to friends and family members who posted to Reinhardt's facebook page, he died at around 6 p.m. on Monday. He was 63.

According to reports, Reinhardt went into the hospital last week with an infection and was moved into Intensive Care on Sunday. He was on life support for a short time, but was taken off based on an advanced medical directive, or living will. -[Sarasota Patch]

R.I.P. Rhino! Celebrate some of Rhino's musical achievements, including the under-appreciated Captain Beyond, below.