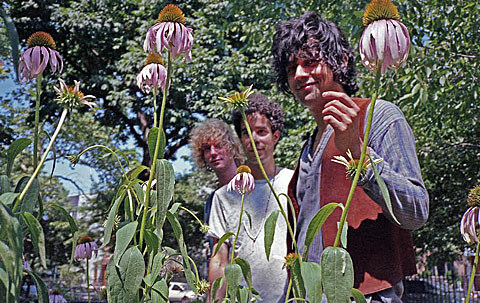 Brooklyn psych-garage trio Las Rosas have a new single out with two terrific tracks -- the upbeat "Ms. America," and the more laid back "Sensitive Flower" -- both of which show off their flair for hooks, melody and arrangement. There is no reinvention of the wheel but Las Rosas sound fresh. There's limited-edition clear, square vinyl and you can check out both sides in this post.

Dates are listed, along with the new 7" stream, below...