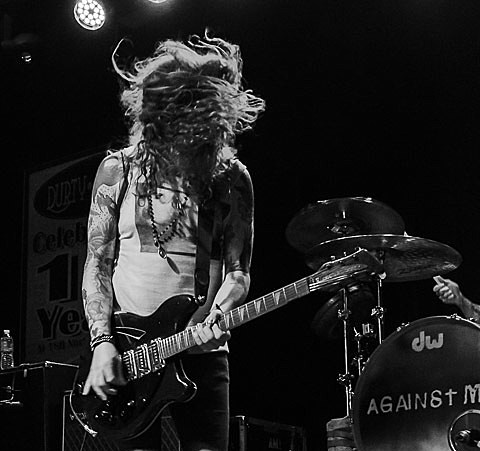 Against Me! have a ton of upcoming tour dates, including international runs with Roger Harvey / Caves and Joyce Manor, and a TBA Brooklyn show during Northside Festival. Singer Laura Jane Grace also has two upcoming solo shows, LA and NYC.

The shows are billed as "Laura Jane Grace presents Killing Me Loudly, an evening of existential dread, fiending, and gender dysphoria in the brilliance of life's headlights." The LA show happens May 22 at The Masonic Lodge at Hollywood Forever (tickets) and the NYC show happens May 25 at City Winery (tickets). Flyers for both shows, and list of tour dates, below.

Against Me! are also releasing the "Osama Bin Laden As The Crucified Christ" 7" on Record Store Day (4/18) with a live version of the track, and the previously-unreleased "Extra Dysphoric Version." 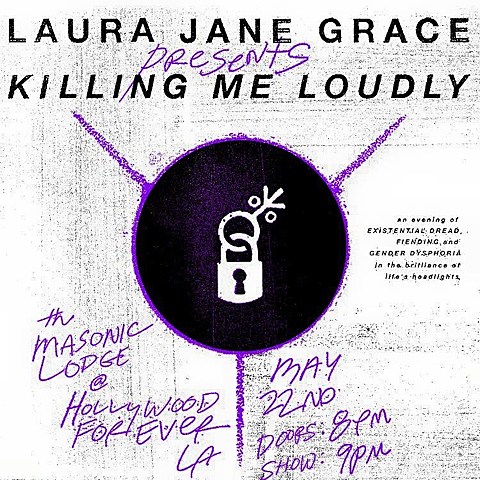 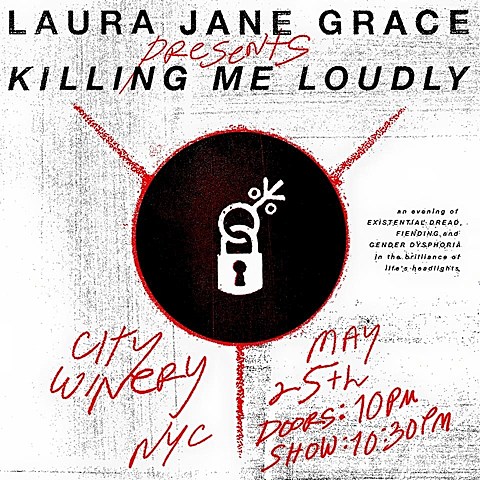