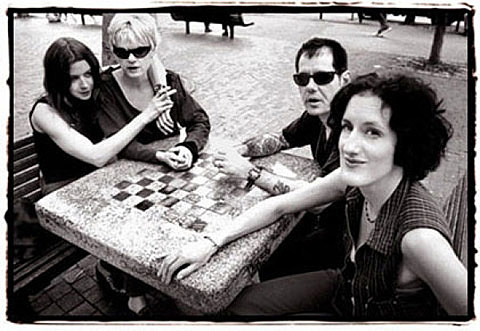 Laura Kennedy, the original bassist and co-founder of seminal no wave band Bush Tetras who has spent the past 12 years living in Minneapolis, passed away on Monday afternoon.

Kennedy was diagnosed nearly two decades ago with Hepatitis C, a "scourge of an illness" she once wrote she believed she contracted in the '80s while living and playing in New York. Born in Cleveland, she moved to NYC in the late '70s and eventually made her way to the Twin Cities 12 years ago to live with her girlfriend. Complications from the disease eventually led to liver failure, and after a long wait and struggle she received a liver transplant in November of 2008 at the University of Minnesota. Shortly afterwards, friends from throughout the local punk community rallied to help her pay her astronomical medical bills, and in January of 2009 Bush Tetras reunited to perform their first Twin Cities show in 25 years with support from the Suicide Commandos, David Thomas of Pere Ubu, and Skoal Kodiak at a fundraiser at Nick and Eddie. -[CityPages]

Laura Kennedy was the focus of many benefit shows including a Cake Shop show in NYC in 2008. Bush Tetras have been active in recent years, though Kennedy was not involved in any of the recent reunion shows.

Laura may be gone, but her legacy will live on in burners like "Too Many Creeps" and "Can't Be Funky" which you can watch/listen to, below....

Bush Tetras - Too Many Creeps