Laura Marling at Roulette in May (more by PSquared Photography) 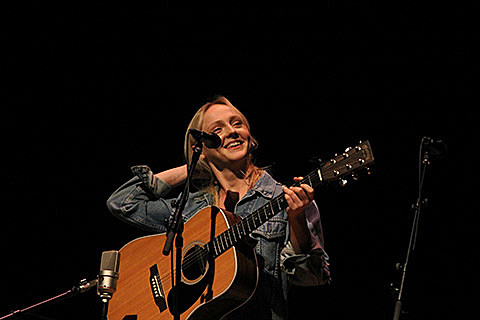 Laura Marling, whose new album, Once I Was An Eagle, is one of the better recent examples of late '60s/early '70s-inspired British folk, came over to North America for a few shows around the time of its release, including an intimate sold-out night in Brooklyn at Roulette. Now she's planning on making her way back to North America for a larger tour this summer. The new tour sees Laura returning to Brooklyn for shows at Music Hall of Williamsburg on September 8 and 9. Tickets for both nights go on sale Friday (7/12) at noon with an AmEx presale starting Wednesday (7/10) at noon.