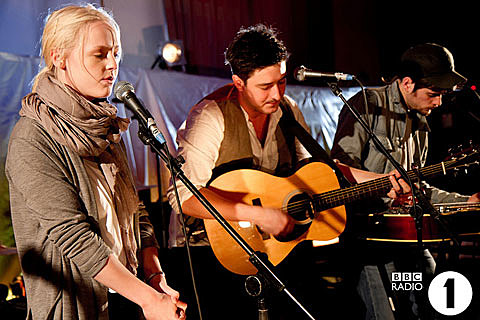 Seems wherever LM goes lately, something somewhere decides 'uh-uh, don't think so' and sends some kind of illness or injury or, more often than not, snow. Maybe it's a sign saying 'LM... LM... time to head to the studio'...

But anyway, New Yorkers - you have no idea how sorry we are to inform you that due to adverse weather conditions, flight cancellations and scheduling conflicts, LM has been forced to cancel her slot at Communion in Brooklyn on Sunday night (meaning no birthday in NY either ).

However Communion itself will all still be going ahead so do not to be dissuaded by LM's non-appearance. We would strongly urge you to go a) to catch the wholly awesome line up (Royal Bands, Ambassador, Dawn Landes and more) and b) to support this lovely little club night, still in its New York infancy. If it's anything akin to its sister London version it'll be like a secret society of good times and great new music.

So go follow the snow to Brooklyn and hopefully LM will head back soon.

Have one for us - and we'll be thinking of you!

As it says above, "Communion" is still in its infancy. This Sunday will be just the second party in the series. The first included a set by Alex Winston who now has another show coming up at Maxwell's on March 9th and tickets are on sale.

Meanwhile Alex is heading to Laura's homeland, England, to play some shows in February. In March she'll also be at SXSW and has a few other dates scheduled which are listed, along with two videos from Laura's set opening for Iron & Wine in LA the other night, below...