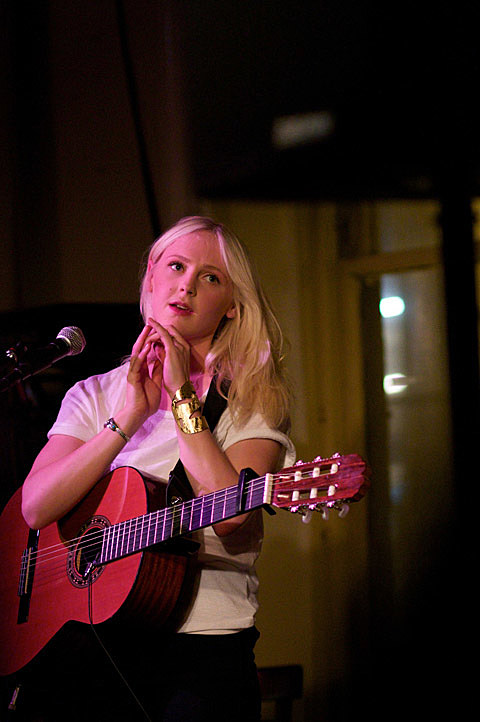 With its hardwood floors, book-lined shelves, and high ceilings, the SoHo Housing Works proved to be the perfect setting for a quiet, intimate show last night (6/14). (And it was all for a good cause!)

Though no opener had been advertised on the store's site, Sleepy Doug Shaw (aka Highlife) kicked off the evening with a short, 30-minute set. Fresh off a plane from England, Shaw kept things low key and stuck to a single guitar. Though he asked for reverb a few times, his sound was clear. "This is the most naked I've felt in a while. I just came off a tour where I was playing the same set-up but through a myriad of echoes," he quietly revealed midway through his set.

As his moniker suggests, Shaw's gentle folk songs may have been a bit soporific at times, but the crowd listened to both his woozy guitar melodies and impressively quick finger picking riffs with a quiet reverence.

After a short break, Laura Marling began her set with a string of songs from her last album, I Speak Because I Can. As she began to play "Hope in the Air," she briefly interrupted herself with a bit of a confession. "I've written a really bad set list and put three really intense songs right next to each other. I hope you're not all really sad already," she joked, to help ease the tension.

Of course, nearly all of Marling's songs paint somber pictures. I hesitate to call her a singer-songwriter for fear that it will conjure up a generic cute-sy image for many people. But instead of committing hackneyed topics to conventional lyrics, Marling sings of ghosts, sickness, and hopeless situations with an earnestness that makes her a joy to watch despite the haunting content of her songs.

Last night, Marling offered a glimpse into her third album, which she just finished recording. I can't say the new material is any more light hearted - the first of the three songs was about slipping into madness - but the songs contain the same beauty that marks the rest of her discography. Of course, with so much of her songs veiled in metaphors and folk tales, it's unclear how autobiographical the lyrics are, but I confess I'm glad she still hasn't turned in that dark world view for puppies, rainbows, and carefree love.

With the exception of loud applause after each song, the crowd was quiet to an almost eerie extent. Not usually one for banter, even Marling seemed a bit miffed by the silence. "How are you? Are you ok?" she asked nervously toward the end of her set, as if checking the audience for a pulse. To the delight of the crowd, she concluded her all-too-short set with a couple of older songs, including one of her best, "Ghosts."

Laura's setlist and more pictures from the whole show, below.... 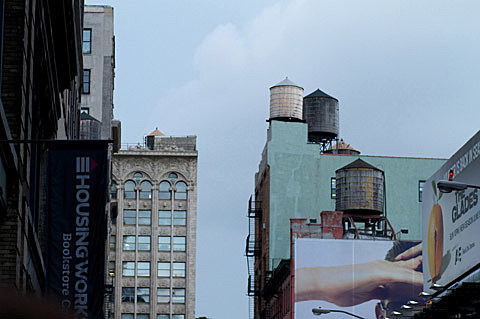 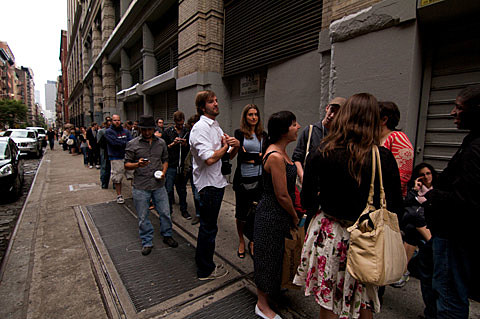 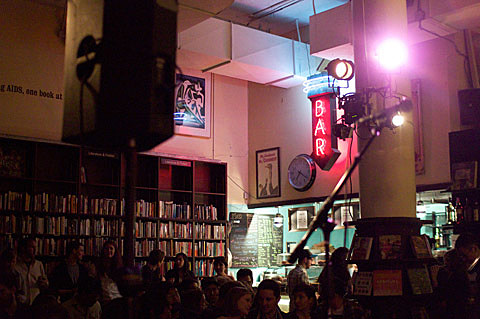 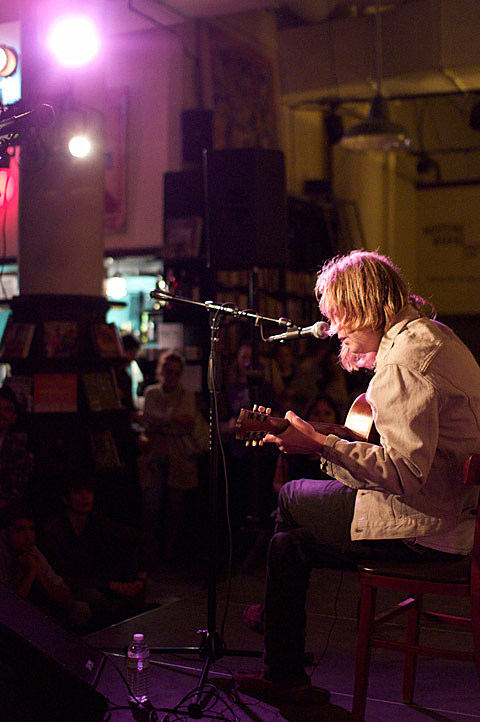 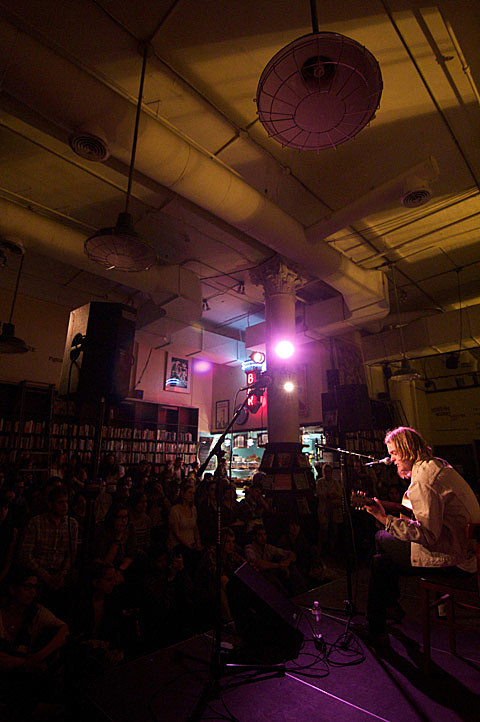 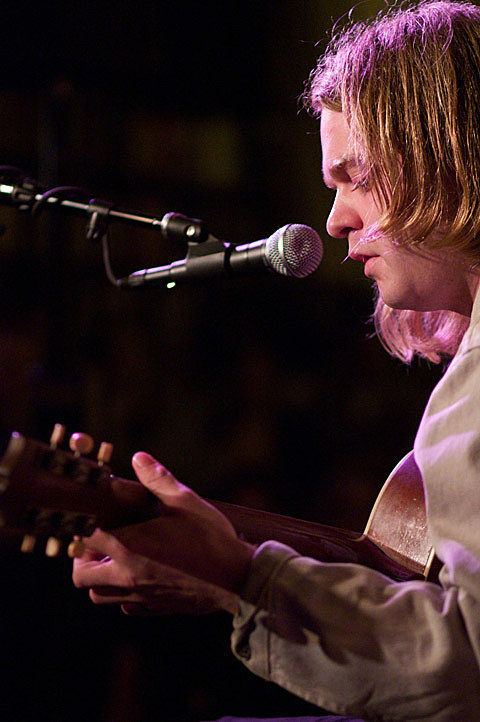 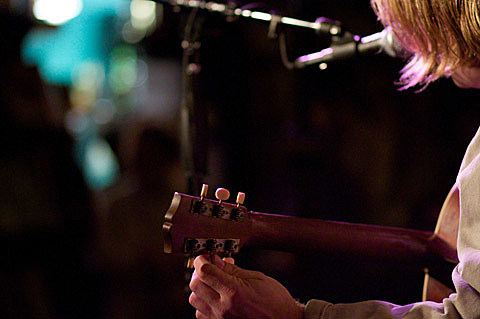 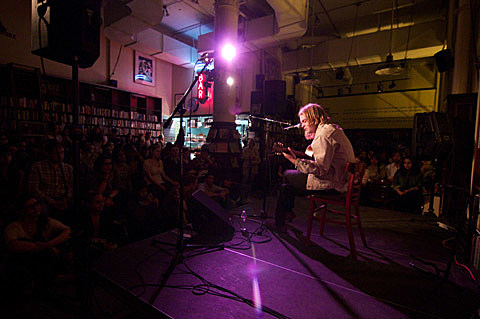 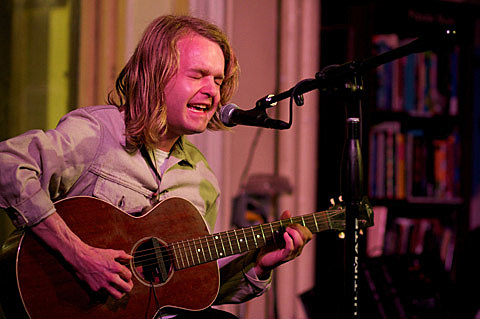 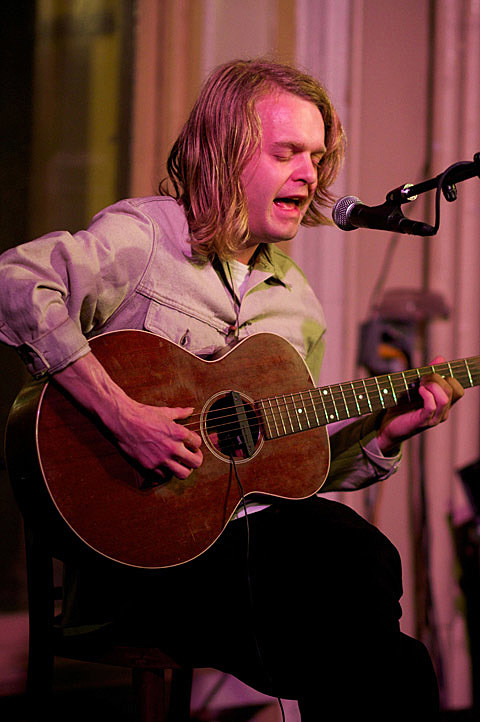 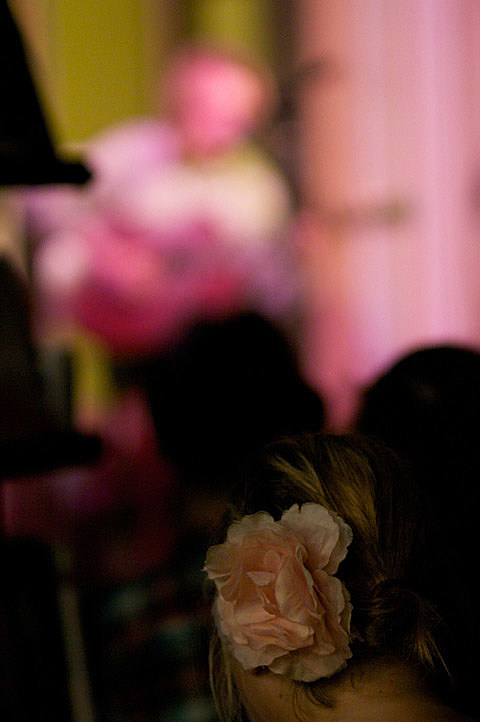 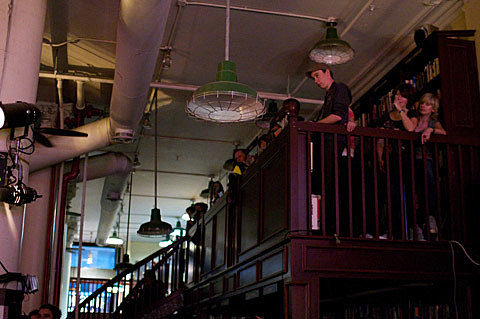 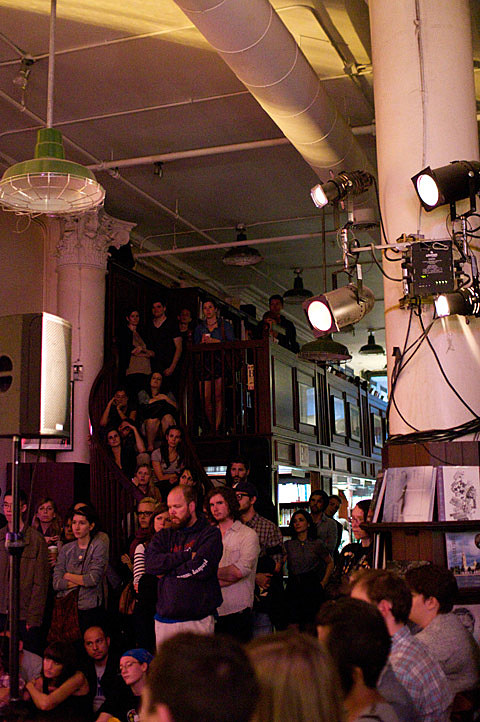 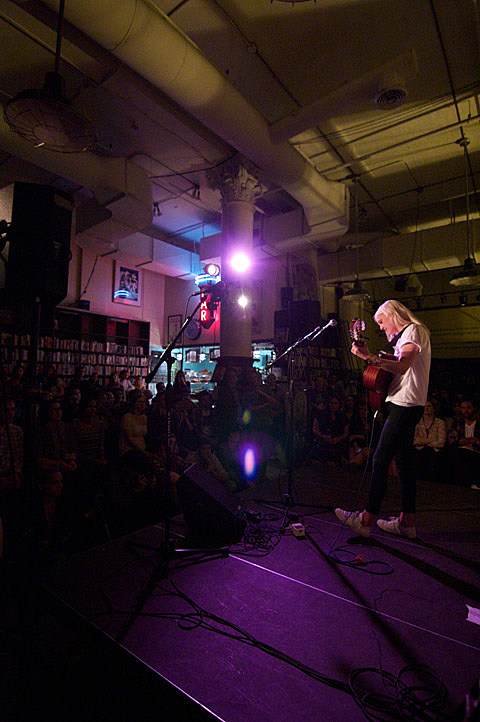 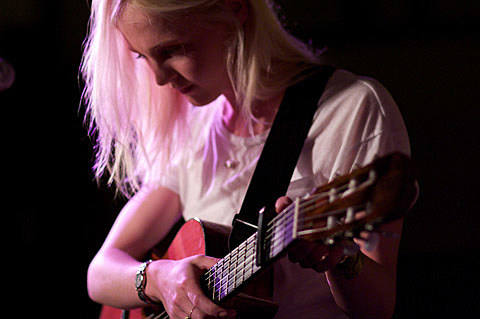 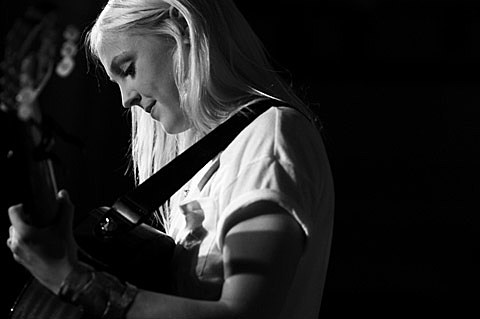 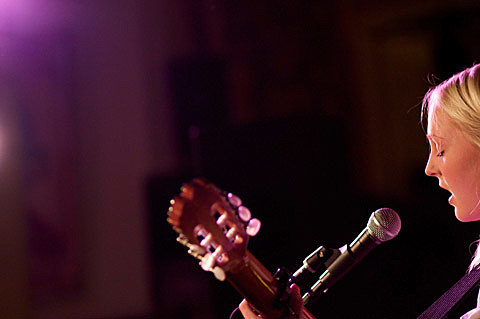 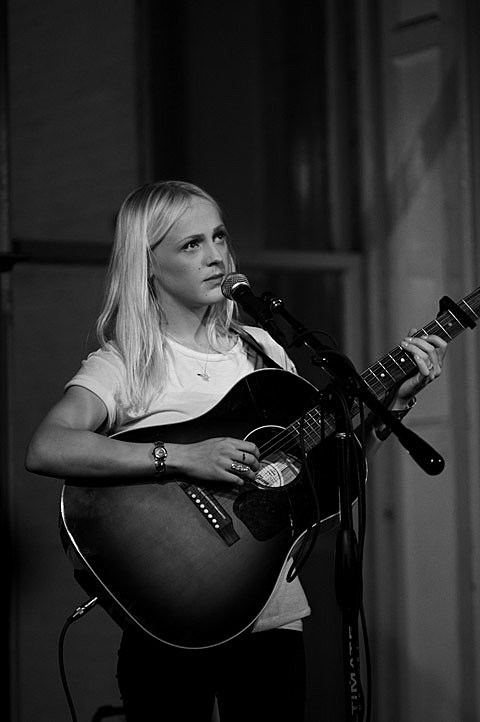 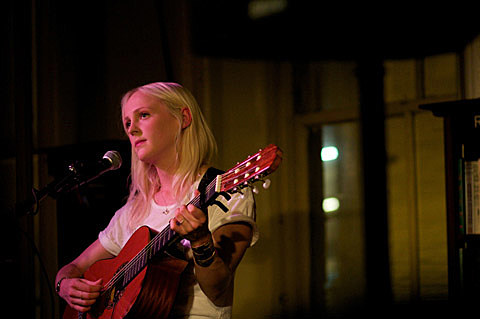 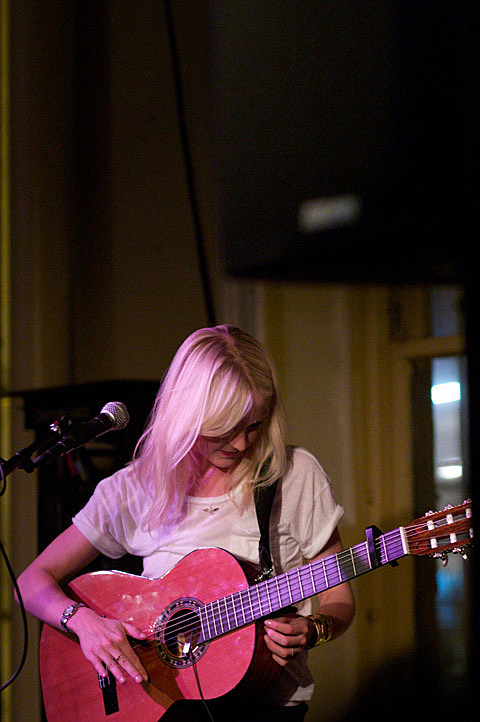 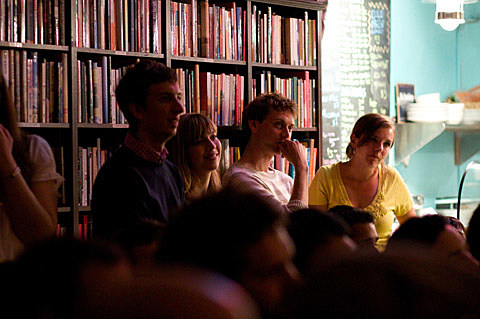 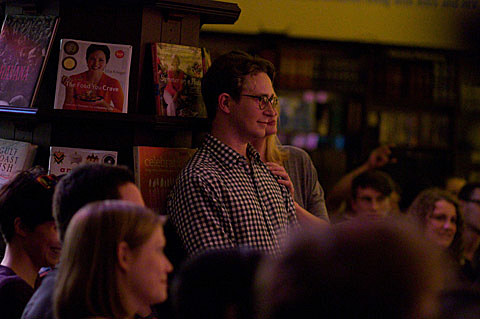 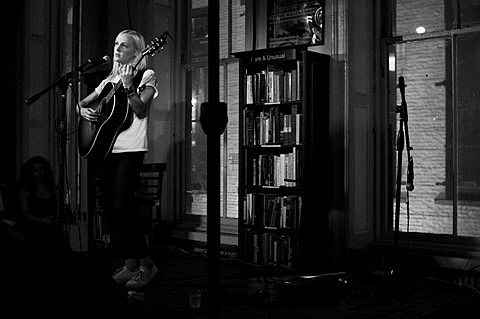 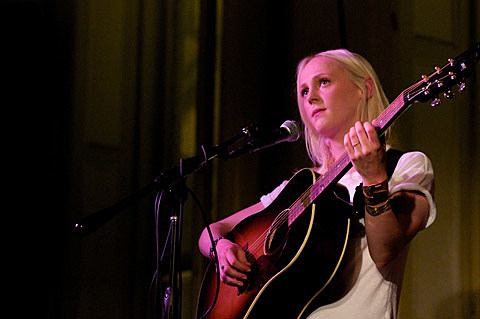 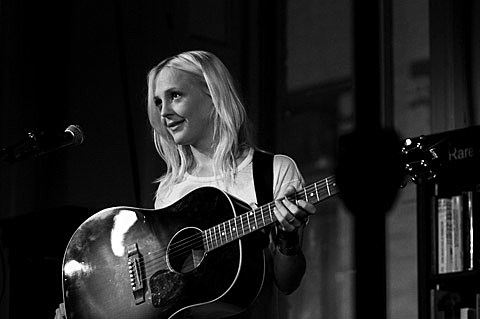