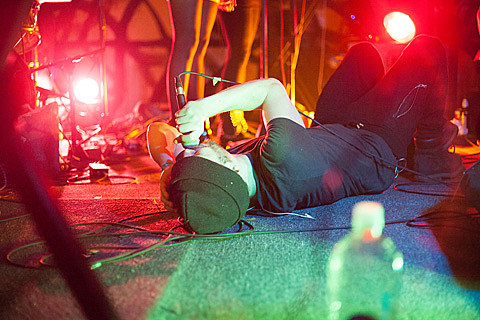 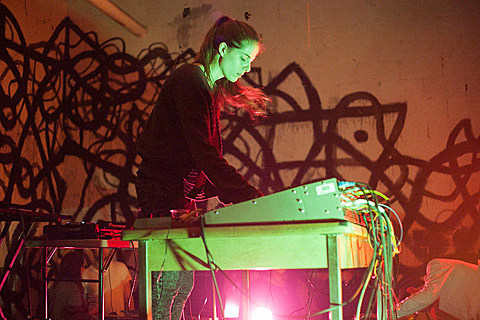 The final four shows at much-loved Williamsburg DIY venue 285 Kent kicked off this past Saturday (1/11) with the most electronic-centric lineup, and while many are already mourning the loss of one of the most carefully-curated venues in recent years, the evening had an air of celebration, as it seemed like everyone who had ever played or experienced a show in that cavernous room had come to pay tribute.

Local producer and L.I.E.S.-affiliate Bookworms (real name Nik Dawson) kicked things off, as he unassumingly stood behind a folding table and coaxed stilted techno rhythms from a small selection of hardware as the crowd filled in. Alternating between pre-programmed beats on an MPC and triggering samples from the ubiquitous Roland SP-404 sampler, Dawson's set was the definition of quiet confidence, as he took long swigs of beer as Todd P bounced around the stage, fixing lights and putting final touches in place.

Setting up on the floor in front of the stage, Ital quickly boosted the energy in the room. Also utilizing an all hardware setup, Daniel Martin-McCormick mixed harsh, blunt drum sounds with warped soundscapes and muted bass lines but seemed to be struggling to control his machines. He attempted to restart his sequencer several times before admitting "this shit is breaking," though the crowd didn't seem to mind.

Next up was Autre Ne Veut, whose warped take on R&B was a bit of an outlier on this heavily rhythm-focused bill, but that didn't stop singer Arthur Ashin from going for broke. It certainly helped that his full backing band featured a veritable who's who of Brooklyn musicians, including members of Bear in Heaven, Zambri, and Noel Heroux from Hooray for Earth -- the latter of whom is proving to be one of the city's most resourceful and creative guitarists. Heroux carried much of the melodic weight of Ashin's dense songs, coaxing a plethora of warped riffs from his customized six string. The vocals were at times a bit ragged but the devotion Ashin demonstrated -- at one point climbing atop a stack of speakers and raising his arms to either side -- was indisputable.

The evening's secret guest, recent Warp-signee Patten (who had played 2 other NYC shows that week), quickly shifted the night's mood, melding futuristic, drum & bass-referencing tracks with heavily effected vocals and guitar that combined into dense polyrhythmic puzzles. His sync'ed visuals deepened the trance and thankfully, the following set from Laurel Halo's set didn't deviate too much from the hypnotic vibe Patten had created. Halo mostly stuck to dark techno workouts with slow builds, smartly opting to leave out her more ambient and vocal-centric songs.

I unfortunately missed most of closer Maxmillion Dunbar, but the night felt less like a departure and more like a rallying cry for the community. 285 Kent might be closing, but if the venue's storied three-year run has proven anything, it's that Brooklyn is still hungry for challenging, unique music and that fans will undoubtedly follow bookers Ric Leichtung and Todd P to a new home.

285 Kent's final countdown happens this weekend weekend with three nights/killer bills headlined by Dan Deacon (1/17), Wolf Eyes (1/18) and Fucked Up (1/19). Dan Deacon's is sold out, but tickets to the Wolf Eyes show are still available, and a few tickets for Fucked Up will be available at the door on Sunday night. 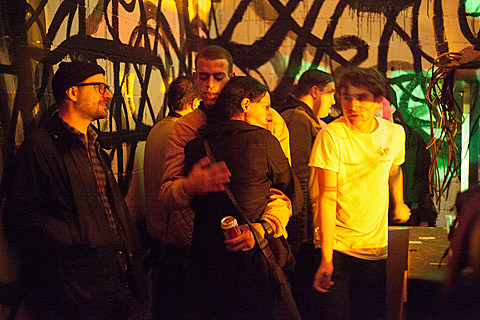 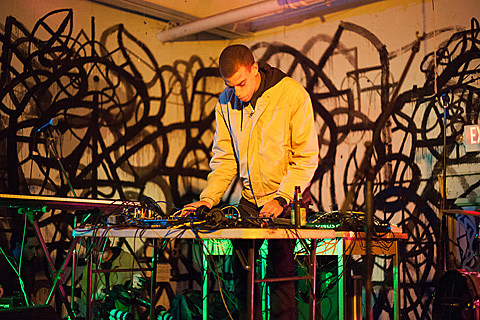 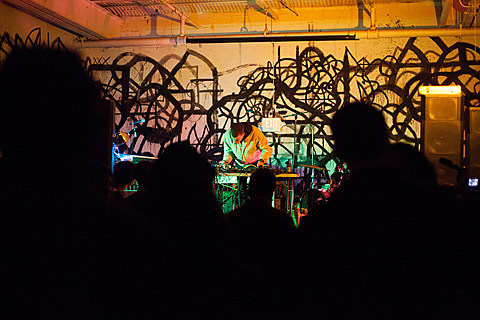 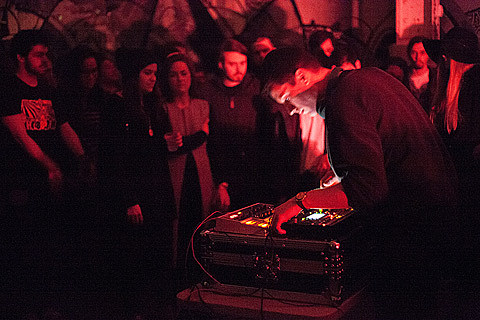 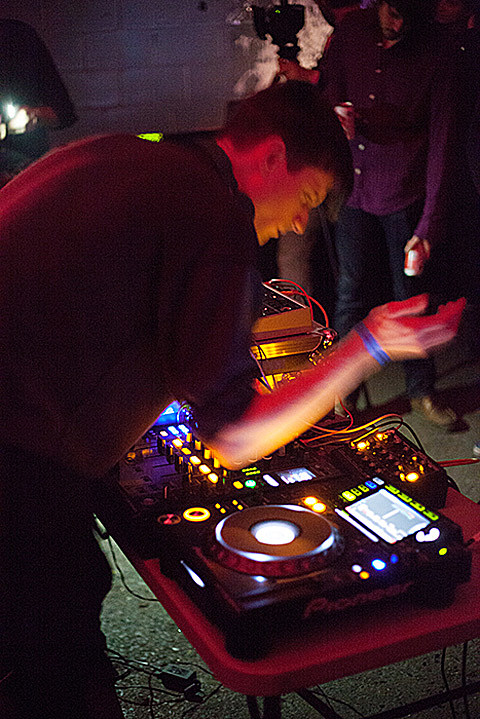 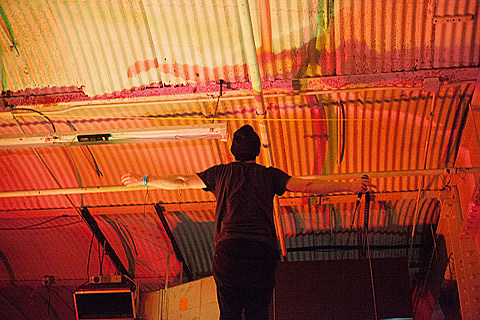 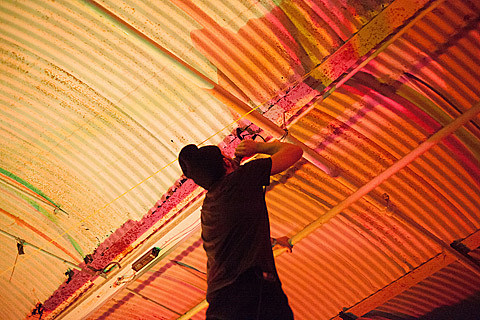 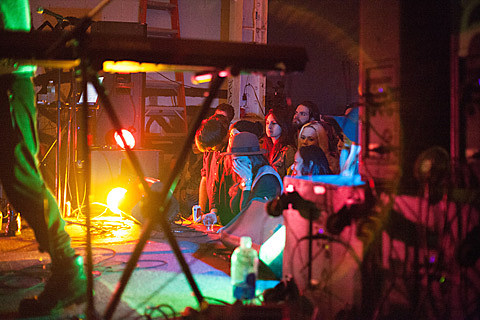 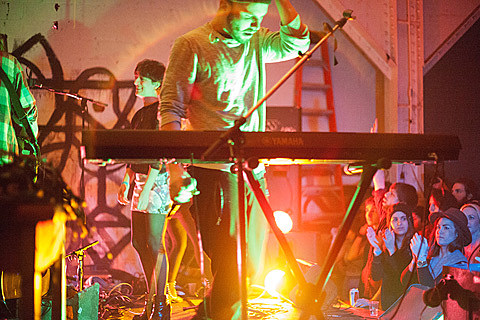 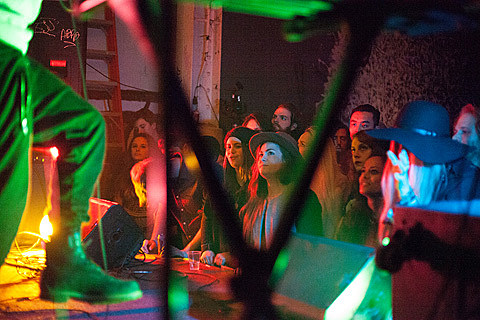 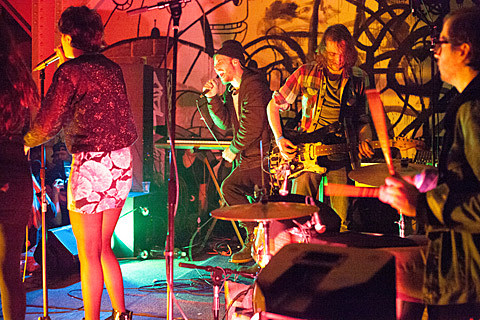 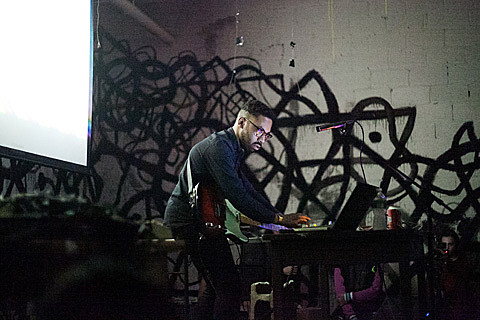 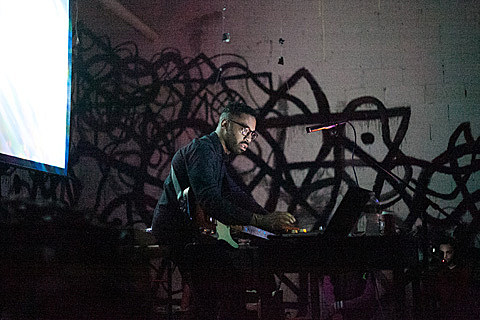 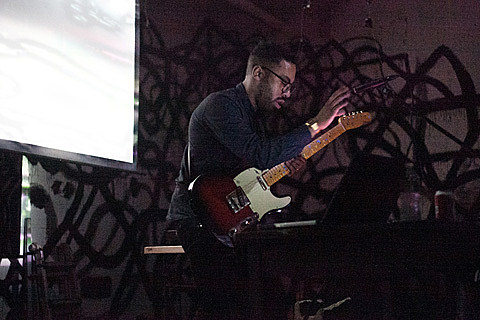 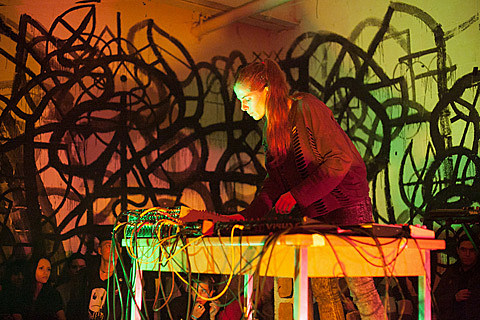 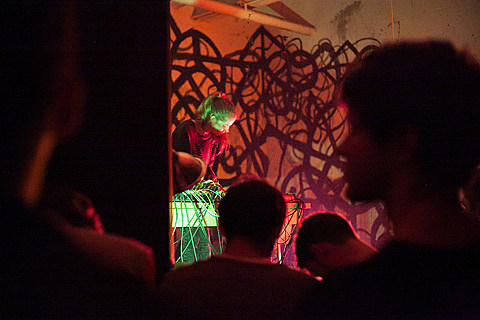 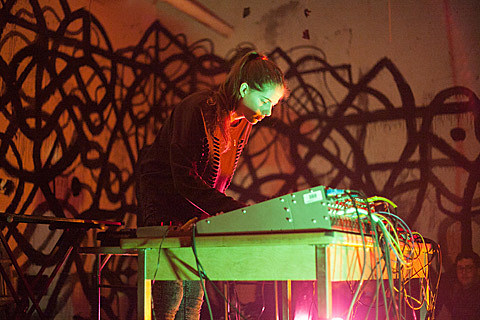