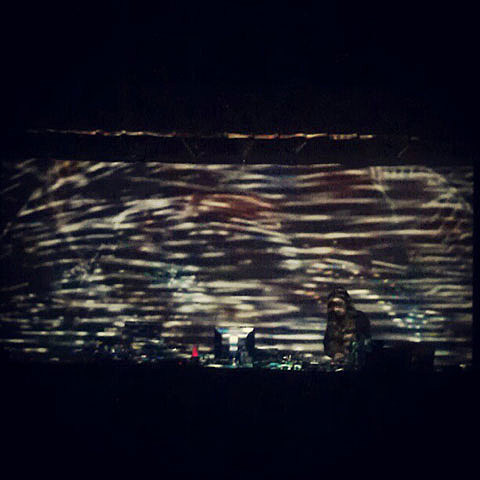 Laurel Halo's Spring EP which was originally set to come out in March under the moniker King Felix as the first release for Mute's new Liberation Technologies imprint, was pushed back and finally released earlier this month. Like her 2011 EP, Hour Logic, Spring focuses on Laurel's talents as a producer rather than her voice. It boasts a wide variety of sounds ranging from footwork to deep house to ambient. Although it's probably more suitable blasting through the PA at a club, it's just as listenable on headphones in a bedroom. Liberation Technologies is selling the EP on vinyl at their European webstore and its available digitally on iTunes. Streams of two of its tracks below.

Meanwhile, Laurel Halo is readying Quarantine, her debut full length which is due out under her usual moniker on June 5 in the US and May 28 in Europe via Hyperdub. Maybe you caught her previewing some stuff off the new album at her Unsound show at Warsaw this past Friday (4/20) (how was that?).

Quarantine is a drastic departure from all of Laurel's previous work and is by far her biggest and most distinct statement yet. After introducing and confirming her skills as a producer on Hour Logic and Spring, Laurel leaves almost all of her beatwork behind on Quarantine in favor of centering the songs on her own voice. Though she did use her vocals in the forefront of 2010's King Felix EP, the new album bares little resemblance to the reverby electronic pop of that release. Here, she's channelling a Bjork-like falsetto and overexposing her vocals to the point where you feel like you're in the room with her as she's recording them. The off-kilter melodies and sparse arrangements bring to mind early Laurie Anderson with a Berlin Trilogy type of itchingly addictive ambience. Sample the album for yourself with its closing track, "Light + Space," which is available to stream below.

Laurel will tour Europe in support of the album surrounding its release date, but before she leaves town, she'll play another NYC show opening for Chairlift at Webster Hall on 5/8 with Pains of Being Pure at Heart drummer Kurt Feldman's Ice Choir project. Tickets are still available. Chairlift just finished their tour with Nite Jewel (who headlined Bowery Ballroom last night). Check out pictures from the Austin show.

All dates and song streams (when Soundcloud stops being down) below...