Laurel Halo at PS1 in July (more by Amanda Hatfield) 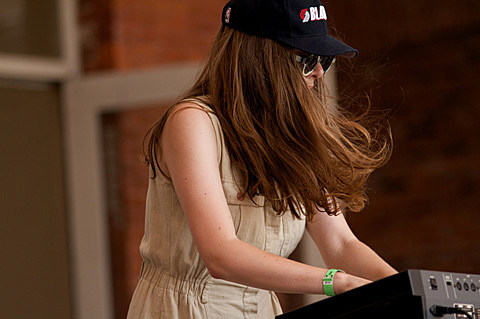 Brooklyn electronic duo Blondes will release their self-titled debut full length on February 7 via RVNG Intl. The album's got eight original tracks and a second disc with remixes of every track by Laurel Halo, Teengirl Fantasy, Andy Stott and others. They've got a video for album track "Wine," which, like their 2010 EP Touched, is what it would probably have sounded like if Manuel Gottsching made house music. You can watch that video below, along with the Teengirl Fantasy remix of the same song. The artwork and tracklist are below too.

Blondes have an NYC show coming up on December 16 at 285 Kent Ave with Ital, Dariius, Laurel Halo (DJ), and Vibes Management DJs. More info on this show below.

Laurel Halo, whose Hour Logic EP is ending up on a few year end lists, also plays a headlining show a few days earlier at Glasslands on December 13 with Forma, Corps Exquis, and Lorna Dune. Tickets for that show are available. If you still haven't heard Hour Logic, it was an unexpected turn towards ambient IDM which hardly ever reveals the vocals that dominated her synthy dream pop EP, King Felix. Fortunately, she's great at both sounds. Hour Logic is streaming in full below.

Teengirl Fantasy also DJs at a True Panther party TONIGHT (12/9) at Cameo with DJ sets by Lemonade, Tanlines, Van Rivers (of Glasser who also have a 285 Kent show on 12/17), and Cool Places Soundsystem, who also DJs the King Krule show at Glasslands (1/13). The flier for the True Panther show is below.

Speaking of Ital, whose real name is Daniel Martin-McCormick and who was a member of 2000s Dischord band Black Eyes, then went on to form Mi Ami with Black Eyes bandmate Jacob Long, and also records music under the moniker Sex Worker, he's teaming up with electronic label Planet Mu (who just put out the new Keep Shelly in Athens EP) for his next release, Hive Mind, which is due out on February 13. You can stream and pre-order the entire thing at Planet Mu's website.

All dates, video, song streams, and other stuff below... 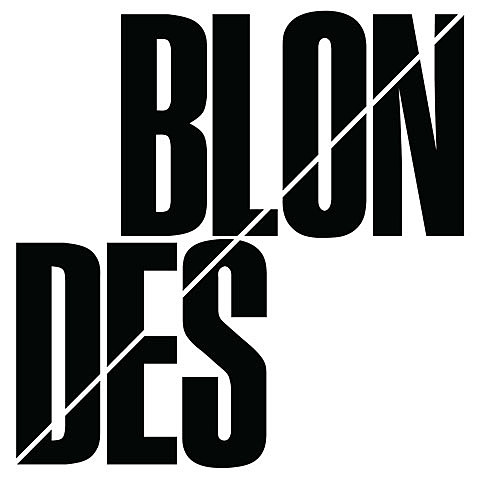