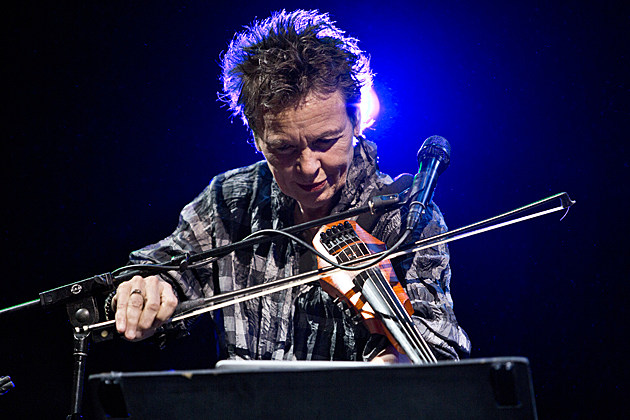 Some weird stuff happened to Laurie Anderson over the weekend while she was undergoing hyperbaric oxygen therapy. The art pop great/wife of the late Lou Reed found herself trapped in an oxygen chamber at a spa in Chelsea. The NY Daily News reports:

The 67-year-old Anderson became trapped inside the oxygen-filled device when the chamber's zipper got stuck, sources said.

The panicked performer texted a friend from inside, saying she was experiencing shortness of breath and couldn't escape, sources said.

Anderson's unidentified friend received the SOS and dialed 911 shortly after 9 a.m. The FDNY quickly sent a crew to her aid.

By the time firefighters reached the scene, Anderson had managed to liberate herself from the chamber, the sources indicated.

The spa's owner said she was inside the chamber for about 45 minutes and that she likely fell asleep and became disoriented when she woke up. There was a miscommunication on the timing," he said.