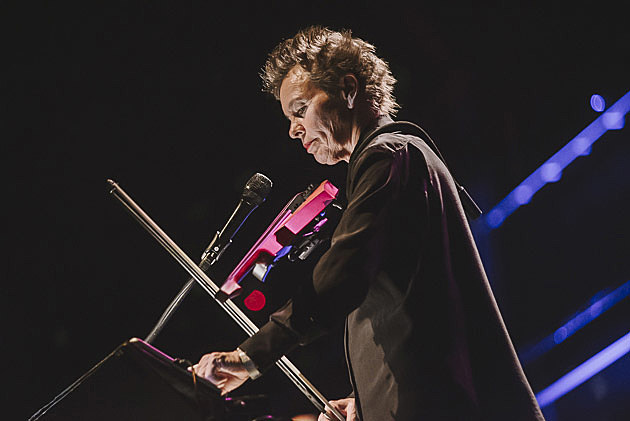 Laurie Anderson has had a busy year. Her 'Habeas Corpus' art installation made its U.S. debut at Park Avenue Armory and her film Heart of a Dog, about the loss of her pet, Lolabelle, was released and is now on the Best Documentary Oscar shortlist. She'll perform at Secret Project Robot on Decmember 17 as part of The Symptoms, her group with drummer Jon Colpitts (aka Kid Millions) and violinist/guitarist Tony Diodore (who played with Lou Reed). Tickets are on sale now and flyer for the show is below.

You may have seen The Symptoms last year around this time at Le Poisson Rouge and video from the LPR show is below. 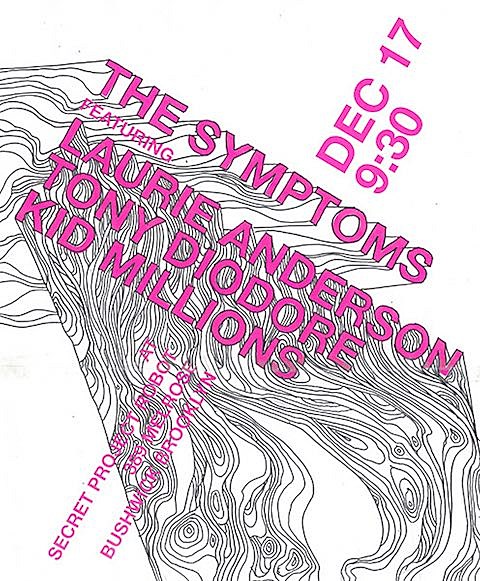